The Atlanta attorneys at Dalimonte Rueb Stoller are looking into potential cases of patients being diagnosed with cancer as a result of heavy Roundup use. Our team of committed and resolute Atlanta class action lawyers is representing clients who have been diagnosed with B-Cell or T-Cell non-Hodgkin lymphoma. Other subtypes of cancer include:

The company that manufactures Roundup, Monsanto, has already lost multiple lawsuits of this type and will most likely have to face thousands of other cases like these all across the country. The plaintiffs’ claims are based on the fact that Monsanto failed to warn users that the users that by using Roundup, they increase their risks of developing cancer. This was all triggered after numerous studies found that, glyphosate, which is a prime ingredient of the is potentially a carcinogen.

The Available Information On The Monsanto Roundup Cases

It is reported that for more than 3 decades, Monsanto has had knowledge of the fact that there was a connection between Roundup and the development of cancer. But the company intentionally failed to alert the public. Rather, the company went as far as to declare that their drug was as safe to use as table salt. Monsanto also proclaimed that if properly used, the weed killer had no toxic effects on people and pets.

But according to documents that have been presented in court, Monsanto put in place extensive measures to ensure that the truth never gets to the public. It stood by its claim and went ahead to convince government agencies, farmers, and the general public that Roundup was perfectly safe. The company heavily criticized any research or studies that cited the potential risks of its product and instead started spreading misinformation. The document also reveals that the company, which is owned by Bayer, conspired with the Environmental Protection Agency(EPA) to try and conceal the link.

What Are the Side Effects and Injuries Caused by Roundup?

What are the symptoms of this disease? 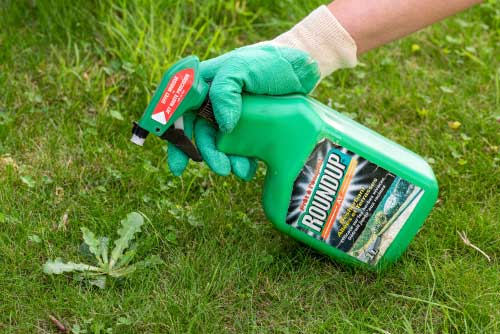 In case you have been using Roundup regularly and have noticed any of the above-mentioned symptoms then you should consult a doctor immediately.

Farmworkers, landscapers, and nursery and garden center handymen have the highest risk of getting affected since they are likely to breathe in the herbicides while they make the mixture, spray, or clean up. Roundup also poses potential harm to people who eat or drink contaminated food and water.

What Damages Can Plaintiffs Potentially Recover In This Roundup Lawsuit?

Plaintiffs and their lawyers are giving this class action a lot of much-deserved attention. By the end of 2018, over 650 cases against Monsanto were either pending or ongoing in U.S. criminal courts. The cases were presented before Judge Vince Chhabria in the North District of California.

In case you believe that you’ve gotten cancer due to the frequent use of Roundup, then you still have the chance to have your case heard. Our team of expert Atlanta class action lawyers at Dalimonte Rueb Stoller law firm is ready to effectively present your case, fight for your rights, and ensure that you receive the compensation that is owed to you. Based on the specific circumstances of your situation, we can consider pursuing compensation for the following damages:

What Is the Cost Of Hiring an Attorney?

Many people falsely believe that they have to part with a pretty penny for us to represent them. However, that couldn’t be any further from the truth. We provide a free no-obligation initial consultation where we’ll go over your case and discuss our thoughts on it with you. When you choose to retain Dalimone Rueb Stoller’s legal services, you won’t be charged any fees until your case is successfully won. This means that you enter a contingency fee arrangement. Our contingency fee ranges from 20% to 40%, and it is determined by the settlement amount that we are able to secure.

What Amounts Have Other Plaintiffs Been Able to Receive Thus Far?

Up until now, there have been three successful cases against Monsanto and the amounts recovered have been rather hefty.

The largest amount was awarded to an elderly couple who sadly developed Non-Hodgkin lymphoma as a result of continued Roundup use for more than thirty years. The couple received $2.005 billion in damages, which included $55 million in compensatory damages and a whopping $2 billion in punitive damages. Bren Wisner, who was amongst the couple’s team of lawyers, stated that the court’s verdict was a clear indication that the company needed to adjust how it carried out its operations.

Bayer attempted to appeal the verdict with claims that the plaintiff’s argument was based on a WHO report that, however, contrasted with other studies conducted on Roundup. Additionally, the company resisted the 2015 report by WHO’s Internal Agency for Research by referring to a statement by the U.S. Environmental Protection Agency that aimed at establishing that glyphosate is not carcinogenic. 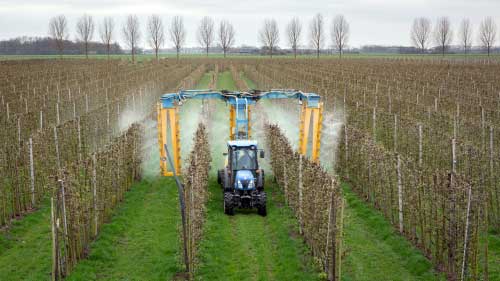 The second biggest settlement was in the initial trial and it was awarded to a school groundskeeper. The victim’s attorney successfully proved that his cancer was directly caused by the frequent use of Roundup and Ranger Pro, which is another herbicide manufactured by Monsanto. He was awarded $289 million in damages.

The plaintiff in the third case was a 70-year old named Edwin Hardeman. He was awarded $80 million in damages by the court. Hardeman had been using Roundup for years before it was established that the weed killer had greatly contributed to his diagnosis. Bayer hinted at appealing this verdict and stated that the results of this case would not influence future cases. But Hardeman’s attorney was of the opinion that the judgment could influence the verdict of other similar cases.

The lawsuits we have discussed above just go on to show that the judicial system is giving serious attention to cases against Monsanto. Additionally, they are awarding hefty figures in punitive damages in these cases. This demonstrates that they are convinced that Monsanto has indeed been negligent and should get the punishment they deserve.

In case you are convinced that your cancer has been caused by the frequent use of Roundup, get in touch with reputable mass tort attorneys. You have a right to have your case heard before a judge and/or jury. We will dedicate all of our resources to building a strong case to enable you to recover your losses. Once again, we handle cases on a contingency basis and the initial consultation session we offer is usually free. Get in touch with us today to schedule an appointment with our experienced Atlanta Roundup attorneys.