Among the types of mass tort cases, mesothelioma cases rank as some of the most disastrous. Mesothelioma is a very aggressive cancer caused by asbestos. Asbestos was formerly used in making a variety of products before its potential health hazards became evident. This widespread asbestos used led to numerous Boston mesothelioma lawsuits.

Another application of asbestos was in the building sector. In the 1980s, most public and commercial buildings had walls stripped of any asbestos panels in the fear that it would be harmful to people. To paint a picture of how serious prognosis mesothelioma is, just about 40% of those diagnosed with this cancer live more than a year, and only 10% get to live with the disease for five years. So, regardless of how you look at it, all individuals who have this cancer end up passing on.

A positive mesothelioma diagnosis feels like a death sentence. Patients have an option to take up treatment or forego it altogether and spend the rest of their lives in peace. However, even patients that opt for treatment only live for one or two years. If you or your loved one has been diagnosed with this cancer or has been exposed to asbestos, it is important that you reach out to a Boston mass tort lawyer immediately.

How Are Mesothelioma Cases Handled in Boston?

Upon the emergence of these cases, mesothelioma cases were classified as class actions. Today in Boston, MA, these cases are handled individually. The reason for this is that, sadly, most of those who are diagnosed with this cancer have already passed on.

Initially, the number of complainants was so high that the cases had to be handled as class actions. Courts were not in a position to handle the increasing number of cases on an individual basis. As such, several lawyers would handle a group of plaintiffs at a go. Whenever these cases were settled, each complainant would then receive their portion of the compensation benefits awarded.

The defendants understood how grim the prognosis was for the complainants. As us, taking their time while dwelling on these cases would only see most complainants pass on even before trial. This then resulted in a catch-22 situation:

Once we established that asbestos is carcinogenic, it became illegal. It was not to be used in the construction of new buildings. Workers in the various sectors that used asbestos were required to take special precautions. Sadly, it was too late for most of those.

The number of mesothelioma cases has significantly gone down over the years. Fewer individuals are being diagnosed with this cancer since the use of asbestos is not as popular as before. Lately, lawyers are only coming across individuals who were exposed to asbestos and are only getting sick now. As such, it makes sense that the cases are handled individually rather than as class actions. 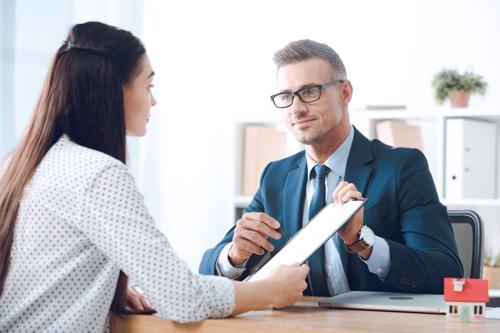 What Settlement Can I Expect For A Boston Mesothelioma Lawsuit?

Due to the mortality rates, mesothelioma complainants receive fairly high judgment awards. However, most of them accept early settlements that tend to be lower than what a jury would have awarded them. Most of them saw such settlements as good packages for their families to live on once they passed on.

Mesothelioma cases are, therefore, worth huge amounts in damages. But since only a few plaintiffs live long to take these cases to court, most accept early settlements. Settlement awards depend on several factors, including:

A large portion of mesothelioma settlement is a result of pain and suffering, which can be unbearable for the plaintiffs and their family members. If individuals diagnosed with mesothelioma can no longer provide for their family, they can be compensated based on this.

If a mesothelioma complainant opens a wrongful death lawsuit, damages tend to be higher. For these cases, a family member opens the lawsuit on behalf of a deceased loved one. Judges sympathize with plaintiffs in these cases, and the defendants are aware. As such, they are quick to organize early settlements instead of facing a jury.

Unfortunately, mesothelioma certainly causes death. If you have been diagnosed with mesothelioma, it is likely to have been caused by asbestos. In this case, you should get in touch with a mass tort firm in Boston immediately. Your attorney will go through your case and tell you if you have a waterproof legal claim.

The statute of limitations for Boston mesothelioma cases is three years from the date of diagnosis. As such, you don’t want to take too long before contacting an attorney. Mesothelioma is a devastating condition, especially to the patient and their loved ones. Most patients don’t live more than a year with the disease. Given the nature of the disease, most individuals can’t stand the hassle of a lawsuit.

A mass tort attorney will talk to you and your family about the best course of action. He will ensure that the suit is opened quickly so that it is settled as soon as possible. These attorneys are empathetic and understand how difficult the situation of their client and their family is.

Call today and schedule a free initial consultation. The insurance companies against you have a strong team of attorneys. Ensure you get yourself an experienced mass tort attorney to represent you!