Paraquat is a herbicide that is commonly used in Georgia and throughout the United States. It is one of the most effective herbicides available in the market for more than 60 years. Paraquat is the active ingredient in Gramoxone sold by Syngenta.

The latest studies reveal that paraquat is connected to causing Alzheimer’s and many other mental health conditions in families exposed to the substance over the long term. If you or your loved one is suffering from Alzheimer’s as a result of long-term exposure to paraquat, Georgia law allows you to claim compensation from the manufacturers of paraquat with a Georgia paraquat lawsuit.

Filing a mass tort lawsuit is a complicated and time-consuming process. You need to work with the best mass tort lawyers in GA to get your rightful dues. Georgia has its own share of mass tort law firms, but all of these professionals are not created the same.

You need to rely on an experienced firm that employs some of the best mass tort lawyers in Georgia. Dalimonte Rueb Stoller is your trusted Paraquat lawyer in Georgia to handle your class-action Georgia paraquat lawsuit and get maximum compensation for your injuries.

The attorneys at Dalimonte Rueb Stoller LLC have achieved great results for numerous clients over the past few years. We are experts in handling mass tort lawsuits and winning millions of dollars on behalf of our clients. Our team of personal injury lawyers has extensive experience in and out of the courtroom.

Our team has represented thousands of clients across the U.S. in complex multi-district mass tort litigation, catastrophic injury, and other cases. We will guide you throughout the process and make sure you are represented to the fullest.

Call the best mass tort Lawyers in Georgia today at (833) 44-DRLAW to file your Georgia paraquat lawsuit and obtain maximum benefits for your injuries.

Paraquat is the active ingredient in Gramoxone manufactured and sold by the global agriculture giant, Syngenta. It is one of the most effective weed killers for more than 60 years. The herbicide is banned in more than 32 countries including the entire European Union due to its high degree of toxicity to humans.

In fact, the largest manufacturer of paraquat in the world is China. Even China and Brazil are in the process of phasing out the weed killer due to its toxicity and connection to causing numerous mental health conditions.

Paraquat was first manufactured in Britain in the early 1880s for other purposes. But ICI discovered the effectiveness of the product as a herbicide and started commercially manufacturing the product in 1962. The brand name of paraquat is Gramoxone – which has been used for more than 60 years across the world.

Research shows that paraquat exposure causes permanent damage to the mitochondria of cells, resulting in oxidative stress. It causes Alzheimer’s, Parkinson’s, and numerous other progressive mental conditions due to long-term exposure.

Syngenta is a multinational agricultural corporation that is based in Switzerland. But Switzerland banned the domestic use of paraquat in 1989. People in Georgia at risk of paraquat Alzheimer’s are those who apply the herbicide in agricultural fields and those who live in areas where the substance is being used.

What Side Effects & Injuries Does Paraquat Cause?

Breathing in paraquat is dangerous to human health and can lead to a disease called paraquat lung. The substance causes damage to the body when it touches the lining of your mouth, stomach, or intestines. You can also get sick when paraquat touches a cut or opening on your skin.

The substance can also damage your liver, kidney, and esophagus. Swallowing paraquat can cause immediate death. Long-term exposure to the herbicide leads to scarring of the lungs called pulmonary fibrosis. Here are some of the common symptoms of paraquat poisoning:

What Do We Know About The Lawsuits Regarding Paraquat?

The very first mass tort lawsuit against paraquat manufacturers Syngenta and Growmark was filed in 2017 in Illinois. Six mass tort lawsuits have been recently filed in federal courts across two states – Pennsylvania and California – alleging a connection between the herbicide and incurable Alzheimer’s disease.

The cases were jointly filed by a team of leading national toxic torts attorneys in Pennsylvania and California courts. Currently, there are at least 20 lawsuits pending in six different federal district courts. These lawsuits allege similar causes of action against Chevron, Syngenta, and other Paraquat manufacturers.

How Can Your Lawyers Help?

If you have been exposed to paraquat and developed Alzheimer’s or any other mental health condition, you are entitled to claim damages from the manufacturers of paraquat. Individuals in Georgia who match this description are eligible for free and no-obligation case reviews with an attorney handling paraquat lawsuits at Dalimonte Rueb Stoller.

Paraquat Alzheimer’s mass tort cases are quite complex and require professional intervention. Winning maximum compensation from the manufacturers of the herbicide isn’t viable without an experienced mass tort lawyer on your side.

You want an experienced and skilled mass tort lawyer standing by your side at all times. That is the only way to feel confident about how the process is going to unfold. The lawyers at Dalimonte Rueb Stoller have handled hundreds of class-action and mass tort lawsuits in the past and are confident of getting your rightful dues.

If you want to receive effective legal advice, you should take the time to reach the experienced attorneys at Dalimonte Rueb Stoller.

What Is The Process Of Filing A Mass Tort Or Class Action Lawsuit In Georgia?

Mass tort cases occur when hundreds of persons who have suffered similar injuries file lawsuits against the same defendant. Mass tort cases are usually filed on the federal level. These cases are assigned to federal multidistrict litigation with many other similar cases.

Mass tort cases are individual cases that are joined by one factor such as a common defendant or product. On the other hand, class-action lawsuits are when the plaintiff joins other victims who have to deal with similar circumstances to file one lawsuit against the defendant.

The most important thing is to understand what category your case falls under. The lawyers at Dalimonte Rueb Stoller will guide you in filing your mass tort lawsuit in Georgia. We are ready to evaluate your case and recommend the next course of action.

Contact us today for a free and no-obligation evaluation of your case. 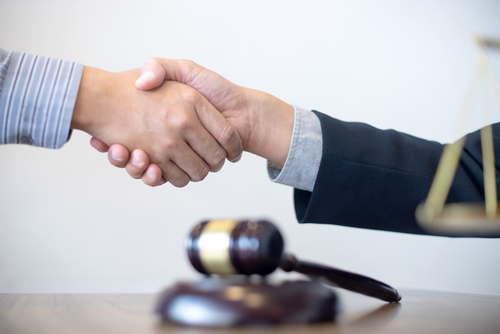 What Type Of Damages Do You Receive If Your Case Wins?

There are three types of damages you could receive in Georgia if your mass tort lawsuit wins. They are known as compensatory, general, and punitive damages.

Awarded to recover the costs of medical treatments and lost wages due to the injuries undergone by the plaintiff. These damages are easily calculated and may include lost income, medical bills – both past and future, and property damages.

These damages are not easy to calculate like compensatory damages. These damages may include emotional distress due to the injuries, loss of companionship, loss of quality of life, suffering, mental distress, and pain.

If the lawyer proves that the manufacturers of paraquat were irresponsible and breached regulations for not warning their clients about the health hazards of using paraquat, the courts will decide to award punitive damages to the victims.

Your lawyer is the best person to evaluate your mass tort lawsuit and advise what type of damages you could claim for your injuries. Contact us today for a free evaluation of your paraquat lawsuit in Georgia.

Is There A Time Limit To Filing A Mass Tort Claim In Georgia?

Yes. Georgia has a two-year time limitation for filing mass tort lawsuits. You need to make sure to meet the deadline or your mass tort lawsuit won’t go ahead as planned. In fact, the clock starts to tick from the moment you have been exposed to paraquat.

A reliable legal professional at Dalimonte Rueb Stoller will help you file your mass tort lawsuit against the manufacturers of paraquat. It is the best way to obtain maximum compensation for your injuries.

Call Our Lawyers Today to Discuss Your Georgia Paraquat Lawsuit

Paraquat is a highly effective herbicide used for more than 60 years around the world. The latest studies reveal a link between paraquat exposure and Alzheimer’s disease. If you have been exposed to paraquat over time and developed Alzheimer’s or any other mental health condition as a result, you are entitled to claim compensation from the manufacturers of paraquat.

Call us today at (833) 44-DRLAW to file your mass tort Georgia paraquat lawsuit and obtain maximum benefits for your injuries.