Lawyers advertise for mass tort cases on tv all the time. They show clients who say they won thousands or millions in their lawsuit. The attorneys imply that they can get you the same kind of money. However, this isn’t how it works in real life. You may or may not be entitled to compensation. It all depends on your situation and hip replacement cases are notoriously difficult to handle.

Mass tort lawyers handle all types of cases. Most mass tort cases deal with medical issues, drugs, and pollution. We call it mass tort because these cases tend to involve many plaintiffs. You won’t see a mass tort case with just one or two plaintiffs.

In order to file a mass tort case, you have to have been injured. You can’t file a lawsuit if you weren’t hurt. Just because you used a product, doesn’t make you entitled to compensation. You have to be injured and you have to prove your injuries were caused by the defendant.

Over the last decade or so, there have been a great number of hip replacement cases filed. The types of medical devices used in hip replacement surgeries have proven to be defective. This causes pain and other medical issues for many patients.

If you had a hip replacement and learned that your device was faulty, you may have a claim for damages. Call and speak with one of our trusted Class-Action Lawyers to discuss your case.

Thousands of people have their hip replaced every year. The older we get, the more we need surgeries like this. Because this is a routine type of surgery, most surgeons use similar equipment and materials.

Many companies make hip replacement implants. They’ve been the subject of dozens of major lawsuits over the last decade. These cases focus on medical devices and, so unfortunately for these companies, they’ll be subject to a lot of litigation.

When people get their hip replaced, their surgeon must fasten the new hip somehow. They used to use plastic fasteners but the latest trend has been to use metal on metal hip implants. The companies that make these implants claim they’re durable and last longer than other implants.

The problem is that, not only do they not last long, they are causing major problems for hip replacement patients. When the implant fails, these patients need to get surgery just to repair it. This means that the old implant has to be removed and a new one has to be installed. This is a very painful and invasive procedure.

There is no doubt that hip replacement implants are defective. The question is what type of injuries patients suffer as a result of these defects.

There are several hip replacement Cases pending all over the country. Here are some of the major ones:

This company makes an implant called M2a Magnet hip implant. It was originally approved by the FDA years ago but has recently been found to be defective. The company promised that its device would last about fifteen years. However, many patients found their device failing within a year or two of surgery. Because Biomet made promises to so many people, they are now the subject of several lawsuits. They have already had to pay out millions in settlement money since 2012. 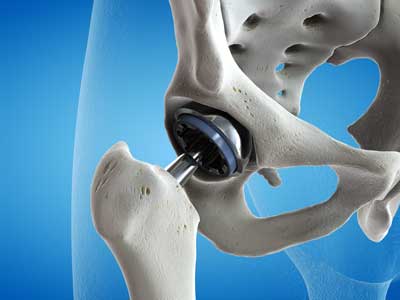 Although this company has taken their implants off the market, it was a bit too late. There is multi-jurisdictional litigation currently pending in New Jersey. The company is expected to have to pay out millions in settlements.

This company’s devices seemed to be the most defective of all. Over 5% of all patients who received their implants had to get surgery within a few years to replace it. Most of these lawsuits have settled, however, there are still cases pending.

Of all the defendants named in hip replacement lawsuits, Johnson and Johnson will likely take the biggest hit. This is because they sold more hip implants than other companies. As of 2013, the company had already spent over $2 billion to settle hip replacement cases. And, there are still cases being filed against them.

Companies spend millions of dollars settling hip replacement lawsuits. They also have to pay millions more in legal fees to defend these cases. Mass tort lawyers aren’t intimidated by these companies. They look forward to waging war against them in order to get their clients the compensation they deserve.

What is the Statute of Limitations for Hip Replacements Cases?

A lot of people wonder how long they have to file a hip replacement lawsuit. The answer is – it depends. However, it really comes down to when you discovered your injuries.

The statute of limitations in this type of lawsuit is pretty clear:

So, basically, you have one year from the date you discover your hip implant is defective. Don’t wait long to contact an attorney. Call and schedule your initial consultation with a mass tort attorney as soon as you realize you’re hurt.

Your initial consultation is free and you pay nothing until you win your case!