People who sustained injuries as a result of taking Zantac for heartburn have turned to our class action lawyers for help filing lawsuits. Zantac, a medication that is available both by prescription and over-the-counter, has been linked to an increased risk of developing cancer. Sadly, even though the manufacturers of Zantac knew this information, they didn’t tell consumers since they didn’t want the news to negatively impact their bottom line. As a result of their greed, many people have been injured or killed over the years. The companies responsible for this injustice have to be held liable for their negligence.

Not long ago, testing of over 100 Zantac tablets by the FDA revealed that there were carcinogenic ingredients in the pills. Shockingly, the carcinogen levels in the tablets exceeded the FDA’s maximum daily limit by over 2,000 times. The carcinogenic compound contained in Zantac is known as nitrosodimethylamine. The more common name for this ingredient is NDMA.

Researchers have discovered evidence that links Zantac and NDMA to a variety of different cancers. Evidence shows Boehringer Ingelheim and Sanofi, the companies that made Zantac (ranitidine hydrochloride), knew about the carcinogenic characteristics of Zantac but purposely failed to inform consumers.

Millions of people with gastrointestinal issues such as heartburn, sour stomach, gastric ulcers, duodenal ulcers, Barrett’s esophagus, and acid reflux took the drug without knowing that it could increase their risk of getting cancer.

Sanofi and Boehringer Ingelheim earned more than $1 billion from selling Zantac while hiding this information from consumers. Zantac was the first drug of its type to climb this high in terms of its sales.

Sadly, the carcinogenic components found in Zantac resulted in injuries for many people who used it. The only recourse that these users have is to sue Sanofi and Boehringer Ingelheim for misleading consumers about the dangers of the drug. Together, these companies negligently put users in harm’s way by not telling them about the dangers of Zantac. It is important to hold them responsible for their behavior.

The generic version of Zantac is known as ranitidine. The drug affects the digestive tract, reducing the level of stomach acid. Zantac is frequently prescribed for digestive issues including Zollinger-Ellison syndrome, intestinal ulcers, peptic ulcers, indigestion, heartburn, and stomach ulcers.

A lower dosage level of Zantac is also available over-the-counter and is commonly used to treat heartburn. For years, doctors have prescribed Zantac for their patients as a way of helping to ease digestive problems such as ulcers. 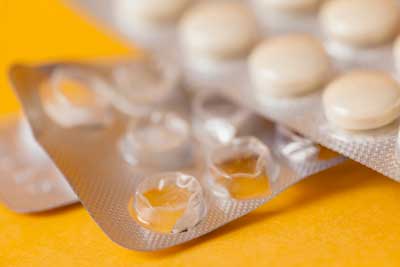 The FDA first put out a warning regarding Zantac in September 2019. The warning was announced after the FDA discovered the carcinogenic properties of the medication. The carcinogenic component found in Zantac is a compound called NDMA. Testing revealed that Zantac contained carcinogen levels that were as much as 3,000 to 26,000 times higher than the levels permitted by the FDA.

Carcinogenic levels are currently restricted to under 100 nanograms by the FDA. Through testing, it was discovered that one Zantac tablet could have up to 3,000,000 nanograms of NDMA, a known carcinogenic compound. Zantac that is sold over-the-counter comes in 150 mg tablets. With prescription Zantac, on the other hand, the pills are usually 300 mg. A typical Zantac prescription requires users to take a pill before going to bed every night for 6 to 8 weeks.

A lawsuit filed against Boehringer Ingelheim and Sanofi revealed that the companies were aware of the increased risk of cancer associated with Zantac. Even though they knew about the danger, they did not inform users or health care providers.

Studies have shown that Zantac users have higher-than-normal NDMA concentrations in their urine. In fact, their urine NDMA concentrations are over 400 times greater than they would be if they hadn’t ever taken the medication. According to researchers, many users would have avoided taking Zantac if they were aware of the cancer risk associated with the drug.

The organs in the human body are impacted by NDMA, the carcinogen contained in Zantac, in a number of different ways. The impact on the liver is especially significant. Long-term exposure to NDMA can lead to a variety of different medical conditions including the following:

The World Health Organization (WHO) has listed nitrosodimethylamine (NDMA) as a carcinogen.

Several regulatory and medical groups including the FDA are looking into the source of the impurities found in ranitidine. Studying Zantac (ranitidine) more closely will allow them to more thoroughly identify the different ways that the drug put users at risk. As of right now, there is no predetermined end date for the investigation. Once it is completed, though, the FDA will take whatever actions are necessary, depending on what the investigators find.

At this point, pharmaceutical manufacturers have not received any recalls for Zantac from the FDA. The agency also has not asked retailers to stop selling the medication. Despite that, many retail outlets that once carried Zantac have decided to discontinue its sales until the results of the testing come in.

Currently, the data appears to show that the level of NDMA found in Zantac is not high enough to cause cancer to develop in humans. However, NDMA has been listed as a possible carcinogen. The risk of cancer for humans could also be higher if they are exposed to the compound over a long amount of time.

Based on this, most experts recommend avoiding long-term use of Zantac. According to the FDA, people with digestive issues who need medication should discuss their options with a medical professional to find an alternative that is safer than Zantac. There are a number of other medications on the market that provide similar benefits but do not contain NDMA.

Over the years, a large number of users in the United States were exposed to NDMA as a result of taking Zantac. These users have banded together to file quite a few class-action lawsuits against the makers of Zantac. Anyone who received a cancer diagnosis after using Zantac may be qualified to receive compensation. This is particularly true if cancer affected the stomach or bladder. Claims commonly include the following damages:

Related: What are the Stages of a Mass Tort Case?

Successful class-action lawsuits help other victims who were exposed to carcinogenic compounds in Zantac over time and are currently suffering as a result. Users in this category may receive financial settlements to assist with paying for any medical costs related to their exposure to carcinogenic compounds. Class-action settlements may also include money to cover lost income.

Another benefit of class-action lawsuits is that they set a precedent that compels companies that make pharmaceuticals to follow strict labeling standards. Oftentimes, new laws are enacted, as well, helping to protect consumers from similar types of exposure.

MedWatch has asked healthcare professionals and users of ranitidine to let them know about any ill effects suffered as a consequence of taking the medication. The MedWatch organization carefully tracks the risks of this type of medication.

If someone you care about was killed as a result of taking Zantac, your best bet is to hire a lawyer who handles wrongful death cases. An experienced lawyer can help you put together a successful lawsuit. Since they have experience handling similar cases, they can help you avoid making any mistakes that could harm your chances of success. At the same time, they also can help you present your evidence in the best way possible.

When you hire a mass tort attorney, they will discuss your case with you in detail to determine who is responsible for causing your injuries. You also play a key part in the process when it comes to putting together your case. Your job is to gather evidence to back up your claim. The evidence that you put together will be introduced as part of your lawsuit and will play a key role in determining how much compensation you receive.

Victims in these types of cases are also eligible to sue for compensatory and punitive damages. With the help of your lawyer, you can determine how much money you deserve. It is important to calculate your damages carefully to make sure that you are getting everything that you are owed.

Put Together a Strong Zantac Case with Dalimonte Rueb Stoller

Reach out to Dalimonte Rueb Stoller today if you or a loved one experienced injuries or died after taking Zantac. We will meet with you for free to discuss your case. There is no obligation for you to continue using our services after your initial consultation. Assuming we accept your case, we won’t charge you any money unless you win. It is important to hold these pharmaceutical manufacturers responsible for their actions. Contact Dalimonte Rueb Stoller right away to talk about your case and to figure out a path forward. Based on your situation, our lawyers will help you determine the best course of action to take.