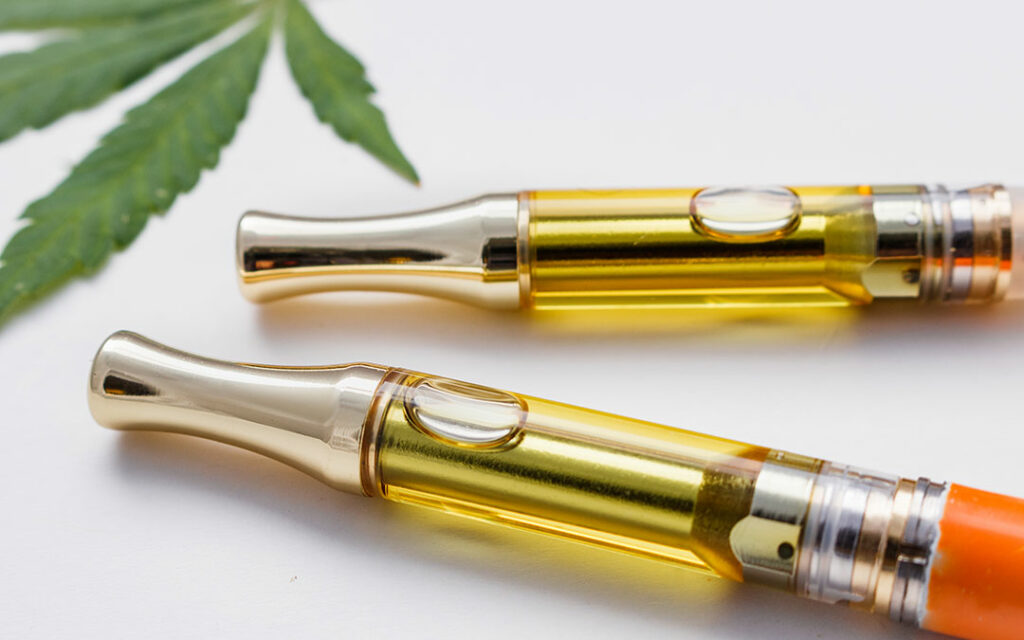 Doctors are already warning of several health problems associated with vaping. Now they have a new illness linked to vaping: hard-metal lung disease. The likely culprit is the metal coils in the vape pen or electronic cigarette. These are used to heat the e-liquid and turn it into an aerosol. Doctors have discovered that the coils contain metals that can leak into the e-liquid.

Hard-metal lung disease is a condition often observed in industrial workers. Now, it shows up in vape users. Recently, lung tissue from a 49-year-old woman who vapes was examined. According to the European Respiratory Journal, the woman complained of symptoms often associated with vaping. These included coughing, wheezing, and shortness of breath.

But when the woman’s lungs were examined, they did not resemble the typical EVALI case. EVALI stands for e-cigarette, or vaping, product use associated lung injury, a condition from which many vape users suffer.

Dr. Kirk Jones of the University of California says that cells affected by hard-metal lung disease have a distinct appearance. Workers who are diagnosed with it are typically exposed to metal dust or vapors. The California woman did not work in industry. However, she did use a vape pen. Traces of lead, cobalt, chromium, nickel, aluminum, and manganese were found in the e-liquid she used. Experts speculate that these metals leached from the heating coil in the vape pen.

The risk of hard-metal lung disease may be even higher for users who vape marijuana. The coils in the vaping device must be heated to a higher temperature to turn THC into an aerosol. More heat means more toxic metals that are released.

This latest news adds to growing public concerns over the risks associated with vaping. Another major cause of injury is vitamin E acetate, according to health officials and the Centers for Disease Control. The chemical has been linked to several cases of injured vape users.

Some of the other ailments connected with vaping and e-cigarettes are:

And the dangers of vaping don’t end there. Some users have reported explosions and fires caused by their vape devices. Malfunctioning vape batteries and chargers are among the defects likely at fault. According to news reports, at least two people have died from exploding and burning vape devices.

States are taking action to try to stem the dangers of vaping. In September, for example, New York banned most flavors of vape juices and e-cigarettes. Additional regulations may follow at the state and federal level. Many observers believe it will take litigation to force changes, just as the Big Tobacco lawsuits of the 1990s did.

You may be eligible for compensation if you have an illness linked to vaping. Vaping and e-cigarette victims have sought these and other types of damages:

Companies are required to warn consumers of known health hazards. When they fail to do so, it may result in serious injury or death. Critics have alleged that the vaping industry has failed to provide its users with adequate safety warnings. This could expose vaping companies to lawsuits and significant liability.

We Represent Victims Who’ve Developed an Illness Linked to Vaping

If you or a loved one have been injured because of vaping or e-cigarettes, Dalimonte Rueb Stoller can help. We are investigating these and other claims concerning the vape industry, and want to hear from you. Give us a call today and we will review your case and advise you of your legal rights.

Mass Tort
What’s the Difference Between HIV-1 and HIV-2 and What Does Truvada Prevent?
Mass Tort
Can Baby Powder Not Contain Asbestos?
Mass Tort
Are Hernias Avoidable?
Testimonials
Professional firm committed to their clients.
Karen SalterAttorney
VERY professional and reliable firm.
Paul LockieClient
Dalimonte Rueb Stoller did an amazing job with my case. They kept me informed throughout the process and earned me a settlement I never thought possible!
James HallClient
Previous
Next
Featured FAQs
Free Case Review