Noteworthy Heartburn Drug Has Been Recalled 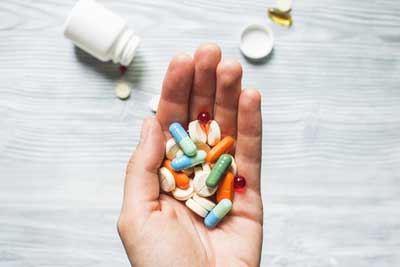 According to researchers, approximately 15-30% of America’s population is suffering from some form of heartburn. To alleviate their symptoms, these individuals are using well-marketed antacids such as Zantac, Nizatidine (Axid), and Ranitidine (generic version).

Due to this dependency on antacids, the industry has been shaken with the news of a recall.

The leading companies behind antacids Nizatidine and Ranitidine have taken the time to recall more than a dozen lots of their medications. These medications included the 150mg and 300mg variations. Additional information on the subject has been released officially by the FDA.

Based on the FDA’s reports, the reason for this recall has to do with an excess amount of N-Nitrosodimethylamine (NDMA) found in the antacids. This substance is often noted for being a probable human carcinogen by the World Health Organization.

This problem became apparent when the online pharmacy Valisure stated there were discrepancies in what was being shipped to them. Certain lots were displaying an elevated amount of NDMA in comparison to previous lots.

Additional interviews on the subject have shown there to be an unstable element to these antacids that made Valisure wary. The belief among professionals is the instability of Ranitidine has more to do with its molecular makeup rather than how it was manufactured. Since the antacids are shipped in warm delivery vehicles, this heat exposure might have naturally increased NDMA levels.

What does this mean for those who were taking these antacids for heartburn?

While this was a precautionary move by the manufacturers, it’s important to note there’s no tangible evidence to suggest there’s a connection between the drugs and cancer.

The FDA has run tests on the Ranitidine and believe the NDMA levels are on par with what you would find in smoked meats. They don’t believe the risk should be understated but it’s not as dramatic as you would think due to the amount that’s found in the antacids.

What should the average person do to replace these antacids?

It’s recommended to look towards other drugs on the open market such as Tagamet, Pepcid, Nexium, Prilosec, and Prevacid. These variations can be found at local pharmacies and have proven to pass all relevant tests associated with NDMA levels. For those eager to find a good solution, this may be the way to go.

For those dealing with Zantac side effects, please take the opportunity to call Dalimonte Rueb Stoller Stroller for an in-depth consultation free of cost.