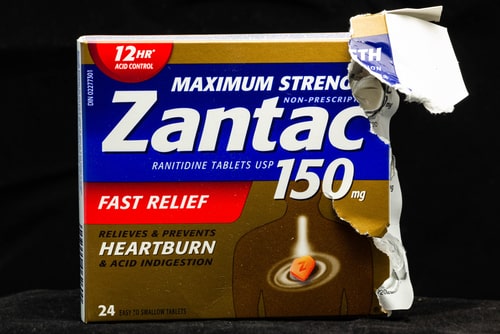 Consolidated lawsuits over cancer claims involving Zantac are ongoing in U.S. District Court for the Southern District of Florida. Now, two plaintiffs from Kentucky and Indiana have joined the multi-district litigation. They claim to have developed cancer after taking Zantac for an extended period of time.

The Kentucky plaintiff said he took 150 mg of Zantac per day from 2014 to 2017. On 2018, the man was diagnosed with bladder cancer. Zantac has been determined to contain N-nitrosodimethylamine (NDMA), a cancer-causing agent. The plaintiff believes NDMA caused his cancer.

The Indiana plaintiff said she took Zantac from the 1980s until 2020. She was later diagnosed with uterine cancer, and had a complete hysterectomy in 2018. The plaintiff claims that Zantac is to blame, and that the manufacturers knew of the cancer risks. But, she argues in her lawsuit, they deliberately withheld this information from the public.

The plaintiffs make similar claims to other lawsuits filed in the extensive litigation over Zantac. In September 2019, the FDA announced that Zantac had tested positive for NDMA. Because of the risks, the FDA recalled all forms of Zantac, or ranitidine, in April 2020. Plaintiffs have argued that manufacturers tried to conceal the link between ranitidine and NDMA. Had patients known about the risks, they probably would not have chosen to take Zantac or similar drugs.

If you have taken Zantac, especially if you’ve taken it for a long time, see a doctor immediately. You should also speak to an experienced defective drug litigation attorney. Dalimonte Rueb is actively pursuing claims against the makers of Zantac and other ranitidine products. We can review your case and explain your legal rights.

Along with hundreds of other lawsuits proceeding in Florida, these two seek significant damages. Damages generally fall into two categories: compensatory and punitive. Compensatory damages are those intended to compensate an injured victim for economic and non-economic losses. These are standard damages in civil cases. On the other hand, punitive damages are relatively less common. As suggested by the name, punitive damages are designed to punish a defendant for particularly egregious conduct.

An experienced drug defect lawyer can explain which damages your case may be eligible for. Every lawsuit against Zantac and ranitidine makes different requests for relief, but these are the most common damages sought:

If you believe you have a case involving Zantac, there are some important steps you should take. Start gathering your medical records, and make sure you keep your doctor informed of your condition. Don’t miss any appointments and follow all doctor’s orders. To the extent possible, you should also document your Zantac or ranitidine use. Make a note of how much medicine you take, how often, and any health problems associated with it. If you have any receipts or other records concerning your purchase of the drug, start collecting those as well.

IF YOU’VE BEEN SERIOUSLY INJURED BY ZANTAC, TURN TO DALIMONTE RUEB

If you’ve been hurt by Zantac or ranitidine products, reach out to the team at Dalimonte Rueb. We fight for the rights of victims, and we work to hold drug manufacturers liable. Drug companies have put corporate profits ahead of public health, but victims have the right to pursue compensation. We’re ready to help you and your family today. Give us a call to schedule a consultation.