The U.S. Marine Corps Base Camp Lejeune is a military base on the east coast located in Jacksonville, North Carolina. Currently, it’s part of a combined installation with the New River Marine Corps Air Station. The base camp is home to marine expeditionary forces and other units.

Between the early 1950s and late 1980s, water contamination at this base camp may have exposed thousands of people to serious health risks for decades. Service members and their families who lived on the base were unknowingly drinking contaminated water, and using it to bathe, cook, and wash their clothes. Camp Lejeune veterans who later developed specific illnesses may be entitled to compensation for disability. A legal group in Dalimonte, Rueb, Stoller actively assists clients, in Phoenix and surrounding areas, with filing for water pollution cases at Camp Lejeune to seek justice with a Camp Lejeune water contamination lawsuit in Phoenix .

Thanks to the new federal law, the victims will soon be able to sue and obtain compensation for the injuries and damage they suffered during their stay in the Lejeune camp between January 1, 1953 and December 31, 1987.

To find out more about how our class action lawyers can help you with the Camp Lejeune water contamination lawsuit in Phoenix, call us at (833) 44-DRLAW or fill out the form on this page and schedule a free and non-binding case review.

The Veterans Administration may have denied claims for disability or illness, but a new law referred to as the Camp Lejeune Justice Act of 2022, may allow you to file a claim and receive compensation if you lived at Camp Lejeune between 1953 and 1987 and developed cancer or other health conditions years later.

What Are the Causes for the Camp Lejeune Water Contamination?

According to the Agency for Toxic Substances and Disease Registry (ATSDR), multiple contamination sources were identified. They included waste disposal sites and underground storage tanks. The toxic compounds found in Camp Lejeune are called volatile organic compounds (VOCs) and consist of products such as degreasers and dry cleaning solvents.

A nearby treatment plant uses solvents that contaminate groundwater. Adjacent areas have waste and industrial waste disposal areas that contribute to pollution. The ATSDR states that the wells that supply the base have exceeded their prescribed limits. The pollution was first discovered in 1982, even though the wells were closed for more than three years.

Recent studies have shown that there are more than 70 other chemicals that pose health risks. The most dangerous and widespread of these are the following:

TCE is an industrial chemical used to produce fluorocarbons. It is often used as a degreaser and solvent in metal military equipment. Hadnot Point was found to be heavily contaminated with TCE.

Both TCE and PCE have been shown in several studies to increase the risk of many cancers, including liver and kidney cancer, with some support for non-Hodgkin’s lymphoma and Hodgkin’s disease. Exposure to TCE is also potentially associated with cervical cancer. Certain data suggests associations between exposure to TCE with multiple myeloma and colon, prostate, and laryngeal cancers.

Dry cleaning and laundry work, which often involve using PCE and TCE, is also believed to be associated with pancreatic, kidney, esophageal, cervical, and lung cancers. There’s also growing support that they are associated with prostate, bladder, and colon cancers. 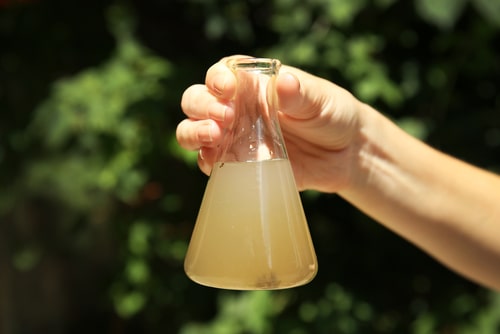 It is a chemical made by burning plastics such as PVC pipes. It is highly cancerous and can cause many forms of cancer, including angiosarcoma, colon cancer and testicular cancer. Vinyl chloride exposure has been shown to result in up to 5-fold higher incidence of liver cancer, lung cancer and angiosarcoma.

Studies in which workers have been exposed to toluene have shown an increase in cancer of the breast, lung, stomach, esophagus, colon and especially the rectum. In addition, the drug is known to increase the risk of lymph leukemia, lymphosarcoma, as well as non-Hodgkin’s and Hodgkin’s lymphoma in workers who are exposed to it.

While the above toxins are found in the highest amounts of water in Camp Lejeune, several other highly carcinogenic toxins have been found. Some of these include mercury and other heavy metals, various polycyclic aromatic hydrocarbons (PAHs), pesticides and others.

If there is no research that links your cancer to the toxins listed above, there may be a way to promote the compound. Contact us today, schedule a free consultation with a class action lawyer to find out if you have a case.

What Are the Side Effects of the Water Contamination at Camp Lejeune?

The hazardous chemicals described above are associated with many debilitating medical conditions. These include:

If you live in Camp Lejeune and you or your loved one (family members only) have the above conditions, you may be entitled to VA compensation, if you had past out-of-pocket costs as a result of medical care not covered by programs like deductibles or copays.

Eligible family members include those whose sponsor (qualified veteran) was in active service and served in Camp Lejeune for 30 days or more between 1 August 1953 and 31 December 1987, lived on the base for 30 days or more on the same dates, or at the same time dependent or spouse of a veteran. This includes children born to women who became pregnant during the same time period.

What is the Janey Ensminger Act and How Does it Help the Suffering from the Water Pollution in Camp Lejeune?

Jerry Ensminger initiated a petition sent to the US government demanding health care for veterans exposed to toxins. Jerry Ensminger is particularly associated with the dire consequences of the infection because his daughter Janey developed cancer after spending several hours at Camp Lejeune. Cancer took Janey’s life in 1985 when she was only 9 years old.

The government did not notice Jerry Ensminger petition. In fact, on July 18, 2012, the U.S. Senate passed the Janey Ensminger Act in honor of Jerry and his daughter, Janey. The law officially authorized the provision of medical services to veterans and their families living in Camp Lejeune from 1957 to 1987.

People who develop any illness or condition after staying at the naval base have the right to health care. The bill is said to affect more than 750,000 people. The House approved the bill on July 31, 2012 and was signed by President Obama on August 6, 2012.

The law covers specific diseases and ailments that are allegedly associated with contaminants present in the camp water. Medical care is provided by the Department of Veterans Affairs.

If you or a member of your family are subject to specific requirements and restrictions contained in the Janey Ensminger Act, you should consider contacting a water pollution attorney at Camp Lejeune in Dalimonte, Rueb and the Stoller Act.

What is the Camp Lejeune Justice Act of 2022?

The Camp Lejeune Justice Act of 2022 is a bilateral law supported by 4 Republicans and 5 Democrats, which aims to ensure that people suffer from any disease or condition after spending time in Camp Lejeune during a pollution crisis. The bill expanded into the Honoring Our PACT Act of 2022, which essentially allows veterans and their families to seek justice for various injuries and damage caused by exposure to toxic conditions.

The new law will best break down payment barriers for many veterans and their families who are banned from paying. In such cases, he should also override the current limitation period in North Carolina and provide a new time limit for filing a lawsuit (two years) once the law is passed.

Who is Considered Eligible to File for a Camp Lejeune Water Contamination Lawsuit?

The Janey Ensminger Act essentially presumes a “presumptive service connection” for certain conditions and illnesses associated with the water contamination at Camp LeJeune. This means that you are not required to prove that your condition was caused by exposure to the toxins. You only need to show that you lived on the Camp Lejeune base during the contamination period for at least 30 days and developed a condition.

All the people who resided at the base from 1953 to 1987, including those who were in utero during the period (the mother resided at the base) are eligible for medical services, hospital care, and nursing home care through the VA, for any illness or condition caused by exposure to these contaminants.

If you’re unsure whether you qualify for help with the Camp Lejeune water contamination lawsuit in Phoenix, the best way to know if you’re eligible is to contact us today for a free case evaluation. 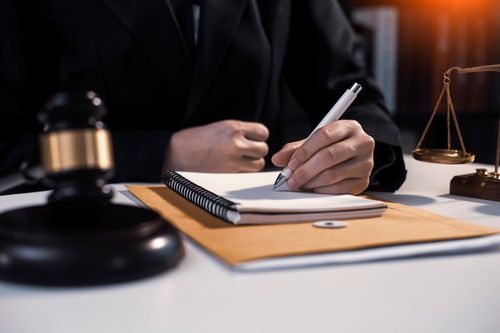 If You Have Any Questions Regarding the Camp Lejeune Water Contamination Lawsuit in Phoenix, Call Our Experienced Mass Tort Lawyers Today

If you or a loved one is suffering from a health condition linked to the Camp Lejeune water contamination, a lawyer can help make sure you receive the medical care and disability benefits you’re entitled to.

The class-action lawyers at Dalimonte, Rueb, Stoller can provide the research and expert opinion on the link between your condition and the water contamination, and work to help you receive the benefits you’re eligible for. If you applied for VA disability benefits and were denied, our team can help you file an appeal.

Contact us at (833) 44-DRLAW to learn more about how we can help you with filing a Camp Lejeune water contamination lawsuit in Phoenix.