Asbestos can cause mesothelioma, a very aggressive type of cancer. Mesothelioma cases are among the most devastating kinds of mass tort cases, too. Years ago, asbestos was used in various products, but this was before people know the dangers of it. In the past, asbestos was used in many buildings, which led to countless Phoenix mesothelioma lawsuits being filed. However, in the 80s asbestos began to be removed from many commercial buildings. This is because there was concern that asbestos would harm the general public.

Unfortunately, 40% of people who are diagnosed with this cancer live longer than a year, while only 10% will live for five years. Generally speaking, the mortality rate for mesothelioma is one-hundred percent.

When a person gets diagnosed with mesothelioma, they feel like they were given a death sentence. Patients can decide to not get treatment and just live out their lives. Alternatively, they can receive treatment, which might allow them to live for another year or two. Have you been diagnosed with the disease or have you been exposed to asbestos? If so, then you should contact an attorney as soon as possible. A mass tort lawyer in Phoenix can provide you with the legal help you deserve.

How Are Phoenix Mesothelioma Lawsuits Settled?

In the past, mesothelioma cases were filed and handled as class action lawsuits. However, they are now handled individually in Phoenix, AZ. The main reason for this is because people who have had cancer have already died from it. There were many plaintiffs initially, which is why mesothelioma cases were treated as class action lawsuits. The courts would have been overwhelmed if cases were handled individually. There would be several attorneys who would work with dozens of plaintiffs, who would receive their compensation if the cases were won.

The truth is that the defendants know how bad the outlook was for the plaintiffs that were diagnosed with mesothelioma. They knew that the plaintiffs would die before they would have the chance to go to trial. Below is an example of what kind of situation this is:

The bottom line is the defendants only had a handful of options. Some would settle, but others would take their chances. This means going to trial. Once it was found out that asbestos was causing mesothelioma, asbestos became illegal. It was no longer allowed to be used in new construction. People in certain industries had to take special precautions in order to protect themselves from exposure to asbestos. However, for a lot of people, it was too late.

Fast forward to present day, there aren’t as many mesothelioma plaintiffs anymore. This is because asbestos isn’t as widely present in buildings as it once was. However, attorneys still have clients that were exposed to asbestos many years ago, but they are now only experiencing sickness. This is why lawyers handle these cases individually. 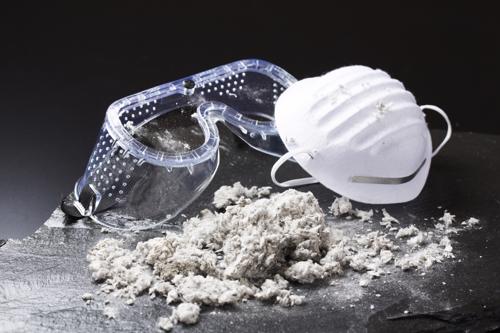 How Much is the Average Mesothelioma Settlement?

Plaintiffs usually receive high awards because death is almost a guarantee for them. However, plaintiffs feel as if they don’t have a choice but to accept a settlement, which is usually lower than if the case when to trial. Plaintiffs will often take a settlement because they want to leave their loved ones with money once they pass away.

In general, cases involving mesothelioma results in high awards. However, most cases don’t go to trial, due to plaintiffs not likely surviving long enough to go to trial. As for what the settlement award will be, this depends on factors such as :

Pain and suffering is where a large part of the settlement comes from. However, the pain isn’t the only thing plaintiff suffers, as their family suffers too. If a person develops this type of cancer and they can no longer provide for their family, then they can receive compensation as a result of this.

Damages are higher if a wrongful death case is filed by the plaintiff. A family member will usually file the lawsuit on behalf of the deceased. Defendants know juries are sympathetic to this, which is why they usually try to settle cases before they go to trial.

Discuss Your Pheonix Mesothelioma LAwsuit With an Attorney Today

In most cases, mesothelioma causes death. If you have this cancer, then it may have been due to being exposed to asbestos. If this is the case with you, then a Phoenix mass tort firm can help you. Our attorneys advise you on whether or not you have a potential case and what action you can take.

In Phoenix, the statute of limitations is two years from being diagnosed with mesothelioma. This is why you need to get an attorney as soon as possible. Cancer is a deadly and devastating disease, both for the patient and for their family. Most people with mesothelioma won’t live for longer than a year, and many patients can’t cope with the stress that comes along with filing and pursuing a lawsuit.

A mass tort attorney will speak to you and your family to discuss what steps you’ll have to take. The lawyer will work with you to ensure your case is filed properly and quickly. Lawyers that work on mesothelioma cases are compassionate and they know that this is a hard time for their clients, which is why they’ll fight aggressively on your behalf.

It is important to have an attorney by your side. Remember, the insurance companies have attorneys working on their behalf, which means you need one too. You can schedule a free initial consultation by making a phone call today and find out what options you have for pursuing a lawsuit.