Zantac is a medication that can be bought over the counter or prescribed by a medical professional. Unfortunately, this medication has been linked to the increased risk of cancer. Those who have been harmed and injured from using this common heartburn medication have turned to a Phoenix Zantac lawsuit lawyer who has experience in finding compensation for these plaintiffs.

Dalimonte Rueb Stoller specializes in class action lawsuits. Contact one of our Phoenix mass tort attorneys to learn how we can get you the compensation you deserve.

The Problems with Zantac

Recently, a study was performed by the FDA on over 100 Zantac tablets and the results were terrifying. It turns out that these pills contained known carcinogenic ingredients. The quantities of these carcinogens were especially appalling and exceeded the FDA’s recommended daily intake by 2000X. The carcinogenic compound contained in Zantac is called nitrosodimethylamine or NDMA as it is better known.

Research has shown that this compound is especially harmful and links have been established between the intake of NDMA as found in Zantac and various types of cancer. An investigation into the case shows that the manufacturers of Zantac, Sanofi, and Boehringer Ingelheim. Were fully aware of the carcinogenic content and failed to warn their customers of the dangers.

Because the drug was an effective relief for the discomforts of sour stomach, heartburn, Barrett’s esophagus, duodenal ulcers, and gastric ulcers it was widely distributed and used. Millions of people took large quantities of Zantac without knowing of harmful cancer-causing components of the drug.

The popularity of the drug made a considerable heap of cash for the manufacturers of Zantac. Over $1Billion was collected by Boehringer Ingelheim and Sanofi while they hid the truth about their “medicine” from the general public. As a matter of fact, Zantac was the first drug of its kind to attain such a profit.

On the other hand, the use of Zantac by those who trusted the pharmaceutical company to protect their health led to many injuries. Those who have been injured and had their health affected by Zantac are now suing these deceptive companies for the harm their products have caused. It is important for the future of those injured by these drugs and the future of our healthy society that these major corporations are brought to terms with the consequences of their devious actions and made to provide restitution for the harm they have caused.

The generic version of Zantac is called ranitidine and this drug works to affect the processes of the digestive system. It decreases the amount of stomach acid and is very effective in treating several digestive conditions.

Some of the most conditions most commonly addressed by Zantac include:

In smaller doses, Zantac is also available in an OTC form used most often to treat common heartburn. But, since it was introduced to the medical field years ago thousands of doctors have prescribed this medication for easing digestive issues.

Zantac first appeared on the market back in 1981 and has since climbed to the list of most commonly prescribed list of medications in the US.

The FDA first released its warning about the harmful potential of Zantac in 2019. The warning stated that the FDA had discovered carcinogenic agents in the medication. The carcinogenic compound in Zantac is called NDMA and has been found in quantities exceeding 2,000 to 25,000 times the recommended daily intake set by the FDA.

The levels of NDMA that the FDA has considered “safe” despite their carcinogenic capacity is 100 nanograms. However, research has found that Zantac has the potential to contain as much as 3,000,000 nanograms in a single tablet.

Zantac that is sold over the counter typically comes in the 150mg tablet. Prescription-strength Zantac is much higher and can come in the 300mg pill. A prescription time-period can run anywhere from 6 to 8 weeks with a pill taken each night before sleep.

The lawsuit filed against the producers of Zantac, Sanofi and Bohringer Ingelheim, showed that these companies were fully aware of the NDMA content of their pills as well as the dangers this compound posed to their customers. Still, they did nothing to alert the public or the proper authorities to the issue.

The carcinogenic compound found in Zantac impacts the organs of the body in a bad way. The most affected by NDMA is the liver, which acts as the essential purification organ for the blood. Some of the effects of long time exposure to NDMA can include:

NDMA (nitrosodimethylamine) has been listed as a carcinogen by the World Health Organization.

There are several regulatory organizations at work looking for the true causes behind the impurities found in ranitidine (Zantac). Once they have found more information they will better understand the ways that ranitidine places its users at risk.

At the moment the date this investigation will be completed is not known. After the investigation is complete, the authorities and regulatory committees will have a better idea of what to do depending on the evidence that is found.

Has A Recall For Zantac Been Issued?

As yet, none of the pharmaceutical companies that created Zantac have been notified to recall Zantac by the FDA. There have also been no notices that retailers should take Zantac off their shelves. Still, in the light of the information coming out, many retailers have chosen to go ahead and take Zantac off their shelves until more information can be found.

This is because the current data shows that even the considerable amounts of NDMA found in Zantac are still not high enough to cause a cancer condition in humans. Nevertheless, NDMA is still a known carcinogen and there is reason to believe that humans can contract cancer if they are exposed to this compound for extended periods of time.

Therefore, the experts suggest avoiding Zantac use for any extended period of time. The FDA recommends that patients discuss other alternative medications for addressing their symptoms. Before relying on Zantac. There are several other medications on the market that offer the same benefits as Zantac and do not contain NDMA.

Over the years, more and more people have found themselves harmed by the use of Zantac and the NDMA I contain. These people have banded together to seek compensation and Zantac Lawsuits have become a class action with many of the country’s top lawyers seeking compensation from Zantac Manufacturers. Anyone who has contracted cancer after taking Zantac can qualify for compensation, especially if the cancer is related to the stomach or bladder.

Claims made against Zantac Companies often include the following damages.

Class action lawsuits are effective at ensuring other people who have suffered from the extended use of Zantac to seek compensation for their losses. Those who fall into this category can seek compensation for the costs of medication and treatment for addressing their conditions caused by NDMA. They may also ask for coverage for the wages lost due to time spent away from work. 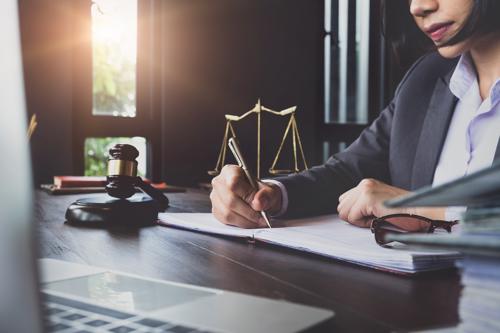 Another very important reason for class action lawsuits is that they set an important precedent for pharmaceutical companies. This makes them more accountable to their clients and requires that they list the risks involved with a medication clearly on the bottle. Sometimes laws will be enacted that will keep the public safe from these types of situations in the future.

A lawsuit can be filed against a pharmaceutical company in the same way that any other personal injury case will be. It is important that you familiarize yourself with this process if you will be considering filing such a case.

The first thing you will need to do is consult a legal aid knowledgeable in personal injury and more importantly, cases related to pharmaceuticals and defective medications.

This is the same, for those who have been killed by the prolonged use of harmful medicine. The family of the deceased must contact a skilled attorney experienced in wrongful death lawsuits. Because they know how these cases work, their advice and guidance can keep you from making and small mistakes in the highly complex process that can lead you to harm your chances for full compensation. They can also help you present the case in the most effective way possible, whether in negotiations or on the floor of a courtroom.

Your mass tort attorney will be able to discuss all aspects of the case and provide you important advice on how to build a strong case against those who are to blame for the damages. You will need this advice to perform your role, which is to collect all the evidence needed to make your claim bulletproof. This evidence will also be crucial to assigning a value to the damages and compensation that will rightfully cover your losses.

Put Together an Unbeatable Case With a Phoenix Zantac Lawsuit Lawyer

If you or someone you care about has been affected by the prolonged use of Zantac and the carcinogenic compound NDMA it contains, you will need help. The damages that you are experiencing can be more serious than you could imagine and have long-reaching implications.

Reach out to the qualified mass tort firm in Phoenix of Dalimonte Rueb Stoller. Our experts will meet with you for free and take their time to look over the details of your case to see if you have a right to compensation.

Not only is the initial consultation free, but we will charge you no upfront costs for our professional legal expertise, our thorough research, or anything else until we win the case and get you the compensation you deserve. Contact Dalimonte Rueb Stoller at 833-44-DRLAW and we will help you make heads and tails of your situation.