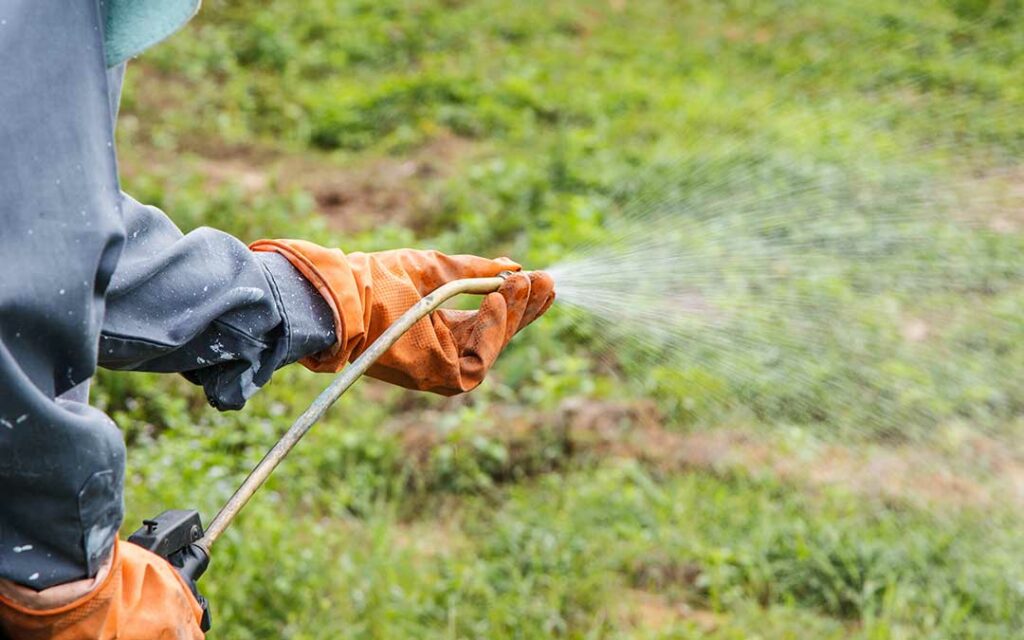 An Oakland jury recently awarded $2 billion in a verdict against Monsanto concerning its popular Roundup weed killer. The jury determined that a couple had developed cancer after years of exposure to the herbicide. Scientists and other health experts have warned for years that the active ingredient in Roundup, glyphosate, poses a significant risk of cancer. But these are not the only dangers that have been connected to the weed killer. If you’ve been affected by Roundup or have questions about Roundup risks, contact a mass tort attorney right away.

June 4, 2019, Bloomberg opinion piece describes several of the concerns that have been raised. According to some studies, glyphosate lingers in soil, pollutes water, and taints human food. In 2016, numerous scientists tried to explain what is known about the chemical. As one example, glyphosate can damage the kidneys and livers of rodents, and cause congenital problems in pigs. Humans are not likely to fare much better, considering the high levels of exposure to glyphosate that many have.

The effects of glyphosate may not be limited to a single biological generation. Washington State University’s Michael Skinner, along with his colleagues, revealed troubling evidence of this. Rats who were not exposed to glyphosate had shown no negative health effects, and neither did their offspring. But heightened tendencies toward a variety of abnormalities started showing up in as little as two generations of offspring. The abnormalities included birth defects, kidney disease, prostate disease, ovarian disease, and obesity.

These and other studies focused on animals that were exposed to glyphosate substance. It is likely that the effects of this chemical on humans may not be known for some time. The evidence does suggest that humans could show some of these same health effects. But it could take several years or possibly even generations for symptoms to start showing up. The widespread use of Roundup across several different industries suggests that the potential number of victims could be significant.

The science surrounding this issue lost it’s way years ago, according to the Bloomberg article. The herbicide industry was responsible for many old studies that showed glyphosate to be safe. Some of this data was not peer-reviewed, nor was it publicized. At the very least, the information was biased since it came directly from the companies that were responsible for the problem.

Some experts believe it will take a broad public health campaign to spread awareness of the potential dangers of glyphosate. Roundup has become so popular that many of its customers express little or no concern over its potential health risks. Many states have launched efforts to confront these concerns through legislation, among other steps. Protecting public health will require continued attention by regulators to require the use of proper safety warnings.

There are signs that progress is being made as far as the public’s knowledge about Roundup dangers. In 2015, there was a report by the International Agency for Research on Cancer which concluded that glyphosate is likely carcinogenic. The IARC relied only on peer-reviewed, publicly available research to make its findings, unlike earlier studies. At present, several cancers have been linked to glyphosates, such as leukemia, breast cancer, B-cell lymphoma, and non-Hodgkin’s lymphoma.

But it is still unclear what other types of medical conditions may begin showing up in humans and animals. If you or someone you know uses Roundup, they should know about the side effects. Tell them to discuss any health problems with their doctors. They should also keep records regarding these problems, as well as medical expenses. At a minimum, they should consider taking precautions to limit or avoid direct contact or inhalation of herbicides.

AN AGGRESSIVE MASS TORT LITIGATOR WILL WORK FOR YOU

Anyone who has experienced cancer or other side effects due to exposure to Roundup should know their rights. Victims could be compensated for their medical bills and treatment, inability to work, and other damages. But there are deadlines to take legal action. Contact the lawyers at Dalimonte Rueb Stoller. We will discuss your case, explain the Roundup risks and what options you have to get the compensation you deserve.