When it comes to mass tort cases, few are as devastating as the cases involving mesothelioma. Mesothelioma is a type of cancer known for its aggressive nature. Asbestos, once commonly found in many products in the past, causes it. Once its dangers became understood, its use halted, and San Diego mesothelioma lawsuits skyrocketed.

Because of its ability to slow down fires, many builders also used it in the past. However, the asbestos embedded in the walls of both residential and commercial buildings began to be removed in the 1980s for one reason. The public feared that this material would harm the people living and working in asbestos-filled buildings.

Patients receiving a mesothelioma diagnosis often feel they have a sentence of death. Their options are to live their lives out without treatment or to attempt therapy and hope for the best. Opting for the latter will extend life for more than a year or so at the most.

If you live in San Diego and know someone who has experienced asbestos exposure in their life or who has already received a mesothelioma diagnosis, contact a San Diego mass tort lawyer as soon as possible.

Class action suits were once standard as scientists uncovered how asbestos triggers mesothelioma, and due to the vast number of cases in the early days. However, that approach has changed over time. Because mesothelioma progresses so rapidly, most people diagnosed with it have already died.

In the early days, the sheer volume of mesothelioma cases would have overwhelmed the court system in San Diego, CA. Most plaintiffs agreed to have their cases handled as class action suits. That way, many plaintiffs could have their cases adjudicated at a time. Judgments would be divided and paid to each plaintiff once the case settled.

The defendants in these mesothelioma cases were well aware of the dire situation the plaintiffs were in. If they delayed court action, it was likely that most plaintiffs would pass away before their case ever made to a hearing in the courtroom. There were pluses and minuses to consider:

There were few good options for defendants in these cases. Some chose to take a chance and go to trial, while others paid out quickly to cut their losses. Asbestos became illegal once it was known that it caused cancer. Asbestos-based materials were no longer used in construction projects. Special procedures were developed for workers who still used the product or who were involved in its removal. But, the die had already been cast for many.

Years ago, there was a flood of mesothelioma cases. Since asbestos use is now rare, there are fewer diagnosed with mesothelioma. Since mesothelioma often takes time to develop, most people diagnosed with it now were exposed many years ago. For this reason, mesothelioma lawsuits are generally handled individually rather than as the class action suits of the past. 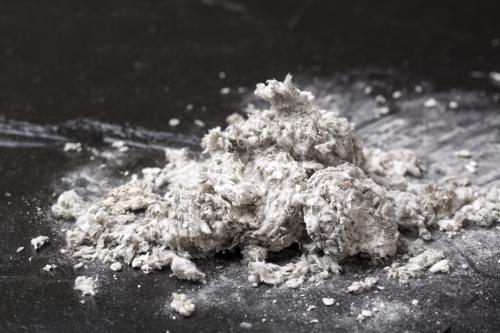 Jury awards tend to be generous to plaintiffs diagnosed with mesothelioma because of the high likelihood that the plaintiff will soon die of the disease. However, early settlements are typical. On average, settlements are much lower than jury awards. The primary reason that plaintiffs settle early is that they want to be sure that they will cover their families financially when they pass away, and time is short.

The size of the award varies and is dependent upon the following facts:

Wrongful death cases can only be filed by a family member after the mesothelioma patient has died. The damages paid in these cases are always much higher than the damages paid prior to the patient’s death. Because juries are so sympathetic in wrongful death cases, most defendants will settle early and for higher amounts rather than risk the cost of a trial.

Mesothelioma is often caused by asbestos and almost invariably leads to death. Anyone who has received a diagnosis of mesothelioma should contact a mass tort firm in San Diego as soon as possible. At the consultation, your lawyer will let you know if you have a case after reviewing your claim.

San Diego’s Statute of Limitations for mesothelioma is short: you have one year from diagnosis to file a claim. For this reason, fast action is necessary. Most patients cannot stand the physical strain of a trial which is why most choose to settle.

In the initial stages of the case, mass tort lawyers will tell families what is required of them. Then, the case will be filed rapidly with arrangements for settling put into play. Lawyers familiar with mesothelioma have deep sympathy for their clients and understand what families are going through at this time.

Initial consultations are free. Keep in mind that teams of lawyers are employed by insurance companies, so it is vital to hire a lawyer familiar with the inner workings of how mesothelioma cases are settled or brought to trial.