Are you considering filing a San Diego RoundUp lawsuit? The expert mass tort & class action lawyers at Dalimonte Rueb Stoller are investigating potential cases of people being diagnosed with cancer due to the heavy use of Roundup. Our dedicated and unyielding San Diego class action attorneys are representing clients who were diagnosed with either T-Cell and B-Cell non-Hodgkin lymphoma. Subtypes of cancer also include:

Monsanto, the manufacturers of Roundup, has already lost a couple of lawsuits of this kind, and it probably will have to handle a thousand or so similar cases throughout the country. The plaintiffs’ claim rests on the argument that Monsanto neglected to warn users that the use of Roundup put them at increased risk for cancer. All this was set in motion after studies revealed that a primary component of the drug – glyphosate – was a potential carcinogen.

Information We Have Regarding The Monsanto Roundup Lawsuits

It is alleged that for more than 30 years, Monsanto was well aware of the link between their drug – Roundup – and cancer. However, the company still chose not to warn the public. Instead, it went as far as to say that their product was as safe to use as table salt. The company also claimed that when used correctly, the weed killer was non-toxic to both pets and people.

However, documents presented in court argue that Monsanto took significant measures to hide the truth from the public. It stuck to its story and continued to convince farmers, government agencies, and everyone that its product was safe. The company lashed out at any studies that mentioned the potential dangers of the product and even went as far as spreading misinformation instead. The documents also point out that Monsanto, which is owned by Bayer, also conspired with the EPA in an attempt to hide the connection.

What Side Effects And Injuries Does Roundup Cause?

The most severe side effect of continued exposure to Roundup is cancer, with leukemia and Non-Hodgkin leukemia being the most common type. Annually, around 70,000 people in the U.S. are diagnosed with non-Hodgkin leukemia, with 90% of the cases having B-Cell lymphoma and the remaining 10% having T-cell lymphoma. 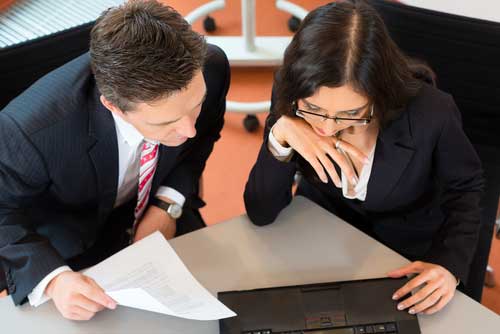 Have you been using Roundup frequently? If you have and you’ve noticed any of these symptoms, don’t hesitate to see the doctor.

The people who are most at risk of getting affected include farmworkers, nursery and garden center handymen, and landscapers. This is because they are likely to inhale the herbicides when creating the mixture, spraying, or even cleaning up. Roundup may also harm individuals who drink or eat contaminated water and food.

Potential victims and their attorneys are taking this class action pretty seriously. In 2018, by the end of December, 650+ lawsuits were pending were ongoing against Monsanto in U.S. criminal courts. These cases were presented in the North District of California before Judge Vince Chhabria.

If you’re convinced that you’ve developed cancer due to continued use of Roundup, there’s an opportunity to have your case heard. The San Diego, CA, expert class action attorneys at Dalimonte Rueb Stoller, are prepared to argue your case, fight for you, and pursue the much-needed compensation that you deserve. Depending on your unique situation, we may pursue compensation for the following:

A majority of people assume that they have to pay us a lot of money for us to represent them, but that is quite far from the truth. We offer free no-obligation initial consultation during which we’ll review your case and communicate our thoughts to you. If you hire Dalimonte Rueb Stoller, you won’t have to pay a dime unless we successfully recover compensation for you. That means we take your case on a contingency basis. The contingency fee at Dalimonte Rueb Stoller depends on your case.

What Have Other Plaintiffs Managed Received After Settlement In Roundup Cases So Far?

At the moment, there have been three wins in court against Monsanto, and the recovery figures have been quite substantial. The highest amount recovered went to an elderly couple who unfortunately developed non-Hodgkin lymphoma after continued use of Roundup for over thirty years. The couple was awarded $2.005 billion in damages, which was inclusive of $2 billion in punitive damages and $55 million in compensatory damages. Bren Wisner, one of the couple’s attorneys, said that the court’s verdict was a clear sign that Monsanto had to change how they operate.

Bayer struggled to appeal the verdict claiming that the plaintiff’s argument hinged on a WHO report that differed from other studies done on Roundup. The company further countered the 2015 report from WHO’s International Agency for Research by turning to a U.S. Environmental Protection Agency statement that sought to establish that glyphosate was not carcinogenic.

The second-largest settlement was in the first trial and went to a school groundskeeper. The plaintiff’s lawyer was successful in establishing that his cancer was a direct result of using both Roundup and Ranger Pro (another herbicide made by Monsanto). He recovered $289 million in damages.

The other case involved a 70-year old who goes by the name Edwin Hardeman. The court awarded him $80 million in damages. Hardeman had used Roundup for many years, and it was determined that the weed killer played a significant role in his diagnosis. Bayer also indicated its intention to appeal this verdict and added that the outcome of the case would not affect future cases. However, Hardeman’s lawyer said that the judgment could affect the outcome of other similar lawsuits.

The cases touched on above prove that juries are taking the lawsuits against Monsanto seriously. Also, they are attaching a substantial figure of punitive damages to these cases. This is an indication that they believe Monsanto has been exceptionally negligent and want them to face the consequences.

If you believe that your cancer is the result of using Roundup, contact Dalimonte Rueb Stoller. You deserve to have your case heard in court. We will invest everything at our disposal to build a strong case to recover your losses. Remember, not only do we work on a contingency basis, but your initial consultation is also free. Call us today (or as soon as possible) to make an appointment with our expert San Diego Roundup lawyers.