Zantac is one of the drugs developed to help address heartburn complications. But the product was later found to have a negative health impact that saw its manufacturers face lawsuits. If you have sustained injuries after taking Zantac for heartburn, then you should contact Rueb Stoller Daniel for legal help and guidance.

Zantac is a medication the public can get over-the-counter or from a health physician’s prescription. Testing of Zantac tablets showed that the product increased the risk of the user developing cancer. Its manufacturer was aware of this risk and failed to inform the consumers. Their greed, therefore, resulted in the death of many people, with thousands of others developing different health problems. The law gives you the right to seek justice for such wrongdoings and hold the makers of Zantac responsible.

The FDA tested more than a hundred Zantac tablets and found they contained cariogenic compounds. The levels were two thousand times higher than the FDA recommended daily limit. The primary carcinogenic element in Zantac is called nitrosodimethylamine or NDMA.

Ranitidine is a generic version of Zantac that has been found to affect the digestive tract. It lowers the production of stomach acid. Many health practitioners formerly prescribed Zantac to help deal with gastrointestinal complications like peptic ulcers, Zollinger-Ellison syndrome, heartburn, intestinal ulcers, stomach ulcers, and indigestion.

People can get lower doses of Zantac as over-the-counter medication to treat their heartburn. However, such availability and access to this medication are another reason for the increased cases of health complications associated with Zantac.

The product was first sold in the U.S. in 1981, working its way up through the ranks to the 50th position on the list of most prescribed drugs in America.

The FDA’s Warnings Regarding Zantac

The first warning from the FDA regarding Zantac was issued in September 2019 after it was discovered that the drug contained carcinogenic compounds known as NDMA. The FDA test Zantac checking for carcinogen levels, which were found to be between 3,000 and 26,000 times higher than the recommended FDA limits.

Currently, the FDA has restricted the allowed carcinogenic levels to no more than 100 nanograms. When the FDA tested Zantac, they found that is NDMA amount was a staggering 3,000,000 nanograms. The over-the-counter Zantac sold in 150mg tablets and pills have 300mg. Moreover, people using the drug are required to take a pill before sleeping at night – for 6 to 8 weeks.

Given such ingredient counts in the Zantac, it thus was determined that users of this product had NDMA concentrations in their urine that were higher than average. The testing showed that these people have NDMA concentrations that are more than 400 times higher than if they had not taken Zantac. A survey found out that many of the users would have opted to use another kind of medication if they had been alerted of the risks of cancer associated with the use of Zantac. 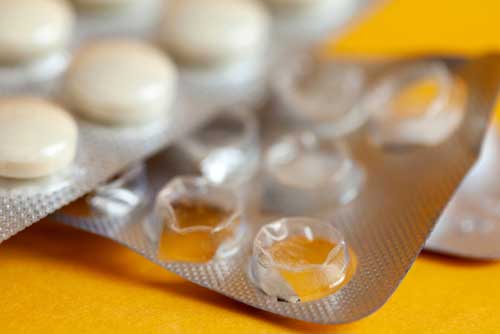 What Does the Research Show?

Researchers tested different Zantac consumers, and their findings suggested a significant link between the NDMA in the Zantac medication and the risk of the users developing different cancers. Boehringer Ingelheim and Sanofi, the makers of Zantac, were aware of the carcinogenic properties in their products but opted to misinform the public.

Millions of people used the drug to help them deal with different gastrointestinal issues like duodenal ulcers, heartburn, gastric ulcers, acid reflux, sour stomach, and Barrett’s esophagus not knowing that the use of Zantac increased the risk of developing cancer.

Sanofi and Boehringer Ingelheim, the makers of Zantac, made well over a billion dollars in sales from selling their product while withholding sensitive information from the consumers. Zantac was the first medicinal product to have reached such a record in sales.

While it was marketed as an effective drug for treating various gastrointestinal problems, the use of the drug resulted in devastating injuries for its consumers. Many people that used the product have sued Sanofi and Boehringer Ingelheim, seeking compensation for their pain and suffering. The cases they have filed against the manufacturer of Zantac cite knowingly misleading consumers about the risk of using the product put users in harm’s way by withholding relevant safety information about Zantac.

What Is The Definitive Link Between Zantac And Cancer?

NDMA (nitrosodimethylamine) is a compound that the WHO (World Health Organization) has listed as a carcinogen. NDMA is known to harm various organs in the human body. NDMA is one of the primary elements in Zantac. It can affect the liver, stomach, lungs, and kidneys among other organs leading to various medical conditions, including:

The FDA, among other regulatory bodies and medical groups, has been researching the source of impurities found in ranitidine or Zantac. The investigations will allow them to have a deeper understanding of how this drug impacts the health of its users. Currently, these organizations have not given an end date for their investigations. However, the FDA will act accordingly when it comes to the use of Zantac and the safety of its uses, depending on the finding of their tests.

Is There A Recall Issued For Zantac?

Manufacturers of Zantac are yet to receive any recalls from the FDA, and the retailers are yet to be issued with a warning against the sale of this medication. Nevertheless, many retailers that have Zantac have taken the necessary step of protecting their customers by discontinuing the sale of the product until the results of the ongoing testing are published and made public.

Some data seems to suggest that the NDMA levels in Zantac are not high enough to cause the development of cancer in humans. But that does not mean that NDMA is not a carcinogen. Prolonged exposure to NDMA could result in the formation of cancerous growths.

It is this fact that has many health experts advising against the long-term use of Zantac. The FDA says that people that have digestive complications and need medications should consider other alternatives and speak with a medical practitioner about the best options available that are safer than Zantac. The market does have other medicines that do not have NDMA and still offer the same health benefits as Zantac.

Are There Any Lawsuits Filed Against Zantac Or Its Manufacturers?

Thousands of people across the United States were exposed to NDMA after using Zantac and developing health complications. These individuals banded together and file several class-action lawsuits against the product and its makers. People that were diagnosed with cancer after using the drug might qualify to seek compensation, more so if the affected areas are the bladder, liver, and stomach. The claims can be for the following damages:

The class-action lawsuits have been a significant help and source of hope for many who have been exposed to NDMA after using Zantac over time. Many of the victims get financial settlements that will cater to their different expenses, including medical costs. The awarded amount might also include money that will cover lost wages.

The class-action lawsuits have also set a precedent that compels pharmaceuticals and drug companies to adhere to strict labeling standards. Moreover, they have been the driving force behind new laws that are enacted so that they can protect consumers for exposure to hazardous products.

MedWatch requested healthcare professionals to inform their patients about Zantac and its various adverse side effects. It is an organization that closely tracks these kinds of medications and the risk they pose to humans.

The cases filed against Zantac or its manufacturers are done the same way as a personal injury lawsuit. It would be best if you learned more about the process involved and how they work before you file a lawsuit. The actions you take from the start of the process will impact the outcomes. That is why you should consider working with an experienced San Diego Zantac lawyer who will all the legalities related to your case and compensation claim.

If you lost a loved one because they were taking Zantac, you should consider handling the matter as a wrongful death lawsuit. At Rueb Stoller Daniel, we have accomplished attorneys that will help come up with a solid case and ensure you are duly compensated for your pain, suffering, and losses. They will be on hand to guide you on the steps to take so that you avoid making mistakes that can dent your chances of winning the maximum settlement. Our lawyers will investigate your claim and help gather evidence relevant to your case.

We have experienced mass tort lawyers that will take you through various aspects of your case to help you understand that your options are and the steps to take. We believe that you play a significant role in the process as we put together a winning strategy. You will help our legal experts gather the evidence needed, which is essential in determining the amount of the compensation you should receive.

If you are a loved one are victims of Zantac, you might be eligible to sue the makers of the drug for compensatory and punitive damages. Our experienced attorneys will help determine the amount you deserve based on your losses. The figure is reached through a careful process that will ensure you get everything you are owed.

When you come to use seeking expert legal advice and assistance for your Zantac lawsuit, our team of legal experts will help come up with a winning formula for your claim case. We will schedule a non-obligatory consultation to go over your case. If we take on the matter, we shall be fully committed to ensuring that you get the maximum compensation. We at Rueb Stoller Daniel will do everything possible to hold the drug manufacturers liable for your pain and suffering. Call our law offices today and talk to our San Diego mass tort & class action attorneys and figure out the best way forward.