According to the FDA (Food and Drug Administration), Onglyza users may have a high risk of developing congestive heart failure. In one of their latest advisory meetings, the FDA came to the conclusion that Onglyza labeling should be updated with clear and specific warnings regarding the risk of developing heart failure. Previous labels of this medicine didn’t include this warning.

If you or someone in your family took Onglyza and developed heart failure, or if your loved one passed away, you might be able to file a San Francisco Onglyza lawsuit to pursue compensation against the manufacturer of this drug. Keep in mind, though, that AstraZeneca is a giant corporation and it has a team of excellent Mass Tort lawyers in San Francisco to fight for it in such lawsuits.

Contact Dalimonte Rueb Stoller now to schedule a free appointment to have your case reviewed and to learn more about your rights.

People who suffer from type 2 diabetes and are taking Onglyza can develop an alarming plethora of health issues. The FDA conducted an investigation to evidence the link between Onglyza and heart failure, as a consequence of the growing concerns of American patients. This investigation revealed worrying details that led to adding the heart failure risk warnings to the leaflet and labeling of this drug. This also applies to another drug in this class.

Is There A Connection Between Onglyza And Pancreatic Cancer?

Onglyza acts by stimulating the pancreas to make more insulin. This is why this drug has been linked to an increased risk of developing pancreatic cancer and pancreatitis.

A 2013 study that investigated how DPP-4 inhibitors affected the pancreas showed that type 2 diabetes sufferers who took Onglyza had a higher chance to have an enlarged pancreas and to develop precancerous lesions in their pancreas. All these are factors that increase the risk of developing pancreatic cancer.

Back in March 2013, the FDA issued another drug safety warning, saying that they were currently investigating the link between incretin mimetic as type 2 diabetes treatment and the risk of pancreatitis and precancerous cellular changes in these patients. The incretin mimetic drugs list includes Onglyza, as well as Byetta, Nesina, and Januvia.

Another study followed in 2014, and it analyzed data from a big clinical trial on Onglyza. That study found no evidence of pancreatic cancer or an increased risk of pancreatitis.

How Is Onglyza Related To Thyroid Cancer?

Victoza, an incretin mimetic that has a profile very similar to Onglyza, was proven to trigger a severe form of thyroid cancer and acute pancreatitis in rodents that took the medicine in “clinically relevant” doses. In June 2011, the FDA issued a safety alert stating that the use of Victoza increased the risk of thyroid cancer. Moreover, the FDA received a series of reports from patients diagnosed with thyroid cancer after taking incretin mimetics such as Byetta and Januvia. 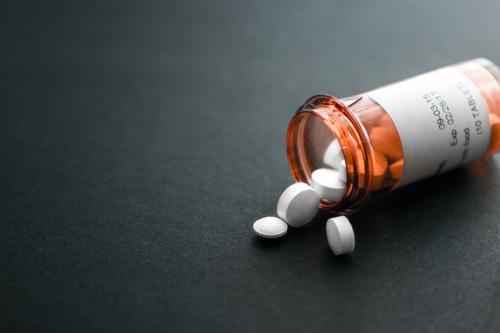 Was There Any Recall Of Onglyza?

The manufacturer hasn’t announced any recall, and there’s no evidence they are going to issue one anytime soon. Nevertheless, heart failure, cancers, and other potentially fatal medical issues are real and can’t be overlooked or ignored just like that. Vioxx, for instance, was a drug that was recalled due to causing stroke and heart attack, as well as other cardiovascular problems in patients that took it. Onglyza and other incretin mimetic drugs may share the same fate. Until then, the best thing to do is to ask the manufacturers to include these safety warnings on the labels of their products as soon as possible.

Are There Any Ongoing Class Action Lawsuits Related To Onglyza?

Very few drug injury lawsuits are filed as “class action,” where a group of people will represent the others that have similar cases against a drug manufacturer. Instead, each of these patients has to deal with this on their own.

In January 2018, there was an act of consolidation of all existing lawsuits filed against Onglyza in the United States District Court for the Eastern District of Kentucky. In May 2018, about 100 such cases formed the consolidated litigation known as the MDL 2809. Other lawsuits in the California State Court are still pending.

Can One File A Lawsuit Against Onglyza Despite The Absence Of An FDA Recall?

The FDA recommends the inclusion of clear and specific warnings about the risk of heart failure on the labels of the product. Nevertheless, the question is why such warnings have never been included by the time the product was launched, one decade ago.

This means that lots of patients who took Onglyza over the past ten years had no idea that they were at risk to develop severe health issues. This is to say that they might have suffered significant side effects without knowing their cause.

According to the law in San Francisco, CA, people who were prescribed Onglyza and developed heart failure are entitled to ask for compensation, because the pharma company making this drug failed to provide them with all the information they should have been aware of.

If you or your loved one suffered heart failure as a consequence of taking Onglyza, or if your relative died because of taking this medication, our dedicated class action attorneys can help you claim compensation that’s rightfully yours. We have represented a lot of other patients in a large number of lawsuits, so we can safely say that we have a wealth of experience in such cases. By law, medicine manufacturers should warn patients and doctors about the risk associated with the use of their products. Failure to do so means that these companies are liable for all damages these patients suffer.

At Dalimonte Rueb Stoller, we have won many Onglyza related cases and we have a deep understanding of all details of such lawsuits. Contact us today to schedule a free consultation with one of our attorneys and to find out more about your case and about the compensation you may be entitled to by law.