Mesothelioma cases are one of the most catastrophic kinds of mass tort cases. Mesothelioma is an extremely aggressive type of cancer that is caused by asbestos. Years ago, asbestos was used in many products. This was before people were aware of how dangerous it is, and has led to a massive amount of San Francisco mesothelioma lawsuits. Asbestos was used in many buildings as well. During the 1980s, it was removed from the walls of commercial and public buildings. There was a big concern that asbestos would harm both adults and children.

To give you a good idea of how serious a mesothelioma prognosis is, only around 40% of individuals who are diagnosed with this disease live longer than one year. Only around 10% of people live with the disease for five years after being diagnosed. So basically this disease has a 100% mortality rate.

Receiving a mesothelioma diagnosis feels like it is a death sentence. Patients either can choose to completely forego treatment and live out the rest of their lives in peace. Or they can choose to undergo treatment. However, even with treatment, most people won’t live more than one or two years. If either you or a family member has been diagnosed with asbestos or been exposed to it, it is very important to contact a mass tort attorney in San Francisco as soon as possible.

When mesothelioma cases were first introduced, they were filed in the form of class actions. However, today those types of cases are handled individually. That is because, unfortunately, most individuals who were diagnosed with this disease have passed away already.

Initially, there was such a high number of plaintiffs that they needed to be treated as class actions. The courts would not have been able to handle such a huge influx of cases individually. A handful of attorneys handled dozens of plaintiffs at the same time. Once those cases were settled, each of the plaintiffs would receive their share of the overall judgment award.

The defendants were well aware of how bad the plaintiff’s prognosis was. They realized that if they stalled and took their time, a majority of the plaintiffs would die before the trial. That caused a catch-22 situation:

Therefore, there were few options available to defendants in San Francisco, CA. Some quickly settled cases for lower amounts. However, others took their chances and went to trial.

Asbestos became illegal once it was discovered that it caused cancer. Asbestos products could not be used in new construction. People working in fields were asbestos was used were required to take precautions. For many people, it was unfortunately too late.

Today, there are far fewer mesothelioma plaintiffs compared to years ago. Fewer individuals are being diagnosed with this disease since the use of asbestos isn’t nearly as prevalent as it was in the past. These days, attorneys see plaintiffs who were exposed years ago to asbestos but who are just getting sick now. Therefore, it makes more sense for these cases to be handled individually instead of as class actions. 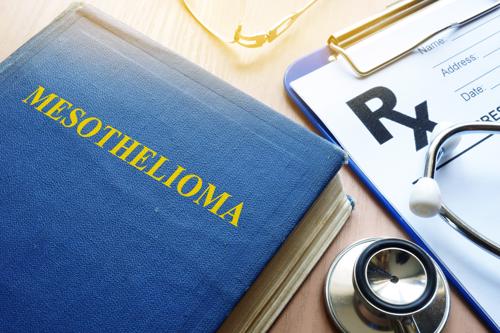 How Much Is A Mesothelioma Case In San Francisco Worth?

So, it is true that mesothelioma cases have a tendency to award high damage amounts. However, since most plaintiffs do not live long enough for their cases to go trial, most do settle. The amount of the settlement award will depend on the following factors:

If a wrongful death case is filed by a mesothelioma plaintiff, the damages are even higher. In those cases, a family member files a suit on behalf of their loved one. In these cases, juries tend to be very sympathetic, and defendants are very well aware of this. They tend to settle those cases early instead of facing an expensive trial.

Unfortunately, death is almost always caused by mesothelioma. If you were diagnosed with mesothelioma, asbestos might have caused it. If that is the case, you should immediately contact a mass tort law firm in San Francisco. Your lawyer can review your case and inform you if you have a legal claim.

In San Francisco, mesothelioma cases have a statute of limitations of one year from the date of diagnosis. That is why you should not wait to call an attorney. Mesothelioma is a catastrophic illness. It is catastrophic for both the patient and the family. A majority of individuals do not survive for over a year with this illness. And due to the nature of the disease, a majority of patients are unable to handle the stress of a lawsuit.

Your mass tort attorney will speak to you as well as your family about what needs to be done. The lawyer will make sure that the case is filed right away and work on getting it settled. These attorneys are compassionate and understand what a difficult time it is for clients as well as their families. Call today to get your initial consultation scheduled. Insurance companies have large teams of attorneys who work for them. Be sure to have an experienced and skilled mass tort attorney working for you!