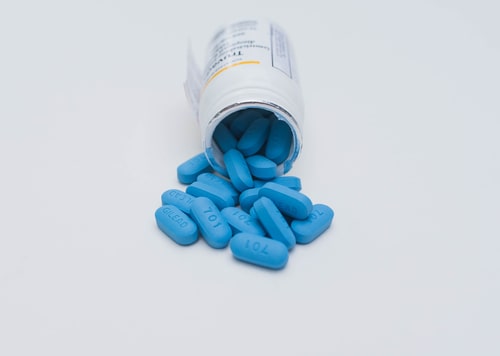 The idea is that you can take Truvada to avoid contracting HIV with a 99% success rate. Of course, the manufacturers and doctors working closely with Truvada still suggest that people using PrEP should still practice general safe sex and should do everything possible to reduce the risk of HIV exposure.

The trouble is, Truvada is still advertising a 99% success rate even though year after year, there have been more and more failure reports. The trouble is these failure reports are coming to the media and not being accepted by the pharmaceutical community. Doctors and researchers have both acknowledged they don’t know how to convey to the pharmaceutical manufacturers the presence of an increasing failure rate. Contact our experienced mass tort attorneys for more information.

Testing is done well in advance to allowing patients to start using PrEP. One of the primary issues with testing beforehand is that people who are HIV positive should not be on Truvada but should instead be on an alternative course of antiviral medication.

PrEP estimates reflect that ongoing use and proper adherence to Truvada should prevent 99% of infections. One closely monitored study at the University of California, San Francisco, identified that during the initial round of pretesting, one out of 58 participants had tested positive and could not begin PrEP. Over the course of use, six patients were believed to have acquired HIV while on PrEP. An additional five of those 58 purchase depends had a positive HIV test during the secondary phase of PrEP evaluation.

To give an overview of this study, 6 out of 58 participants tested positive before they could actually begin Truvada. However, many testing sites and private practices that offer PrEP prescriptions do not follow testing as rigidly as the study did. Many will conduct a preliminary test for HIV, write the prescription upon receiving a negative result, and then test again four to six months later. When you apply the findings of this study to the common process, those five people found positive during the second phase of evaluation would have been put onto a Truvada prescription and gone the four to six months without knowing about their positive diagnosis.

How Do Scientists Know If A Patient Adhered to PrEP Use?

As with many other daily medications, there’s always a question of adherence. The scientists, doctors, and many others in the medical field question if the PrEP failure rate has anything to do with not properly following the medication guidelines. However, one patient who reported to Zurich University Hospital provided doctors with a thoroughly detailed diary of PrEP use.

It would seem that this patient had completely adhered to appropriate PrEP use and still contracted HIV. Doctors and researchers evaluated the diary and determined that it was very likely the patient contracted HIV while he was actively taking PrEP, they do believe that the contraction of a sexually transmitted infection played a role in the development of HIV.

Those taking Truvada are periodically tested for HIV. However, they may not be tested for both HIV-1 and HIV-2. It is critical that patients who are taking any retroviral medication in an effort to prevent contracting HIV to receive frequent testing for both strains of HIV.

However, testing is only one element of identifying failure with Truvada and other PrEP drugs. While testing is important, many doctors and researchers don’t know where to take this information. When failures for Truvada are reported, the common response from the pharmaceutical manufacturer is that the patient failed to follow proper adherence. However, many doctors are skeptical. People on Truvada may have struggled with depression and substance abuse, which can cause them to not follow medication guidelines. But, many among the failure rate have shown no signs of either situation or are believed to have taken it correctly.

Truvada has come with a wide variety of injuries and damages. In fact, testing HIV positive after continued use and adherence to the strict schedule might not even be the worst possible outcome of PrEP use and failure. Many people who’ve taken Truvada for an extended period of time have experienced renal failure or renal damage in addition to bone deterioration and disease, among many other physical ailments. It is possible that Truvada comes with more risks than what it’s worth.

At Dalimonte Rueb, we help the victims of Truvada understand exactly what happened in their case and how they can take action against the drug manufacturer. It’s been widely accepted that Truvada has not been transparent with the risks and the failure rate associated with its drug for HIV prevention. Reach out to us to explore your legal options.