Update on the Uloric Front 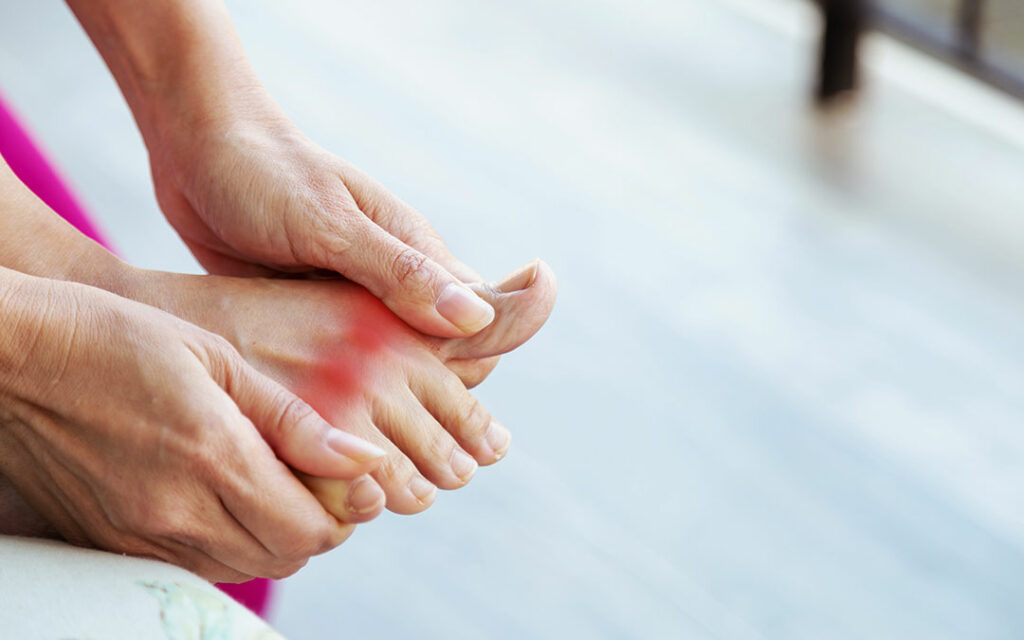 Every day, we see dozens of commercials on television for different medications. It seems like there are new ones hitting the market all the time. And, that’s because there are. The FDA receives more applications for approval today than ever before.

When a drug is first released, a lot of doctors prescribe it to their patients. They hope that they’ve finally found a medication that will relieve their patients’ symptoms and pain. However, most drugs don’t reveal themselves to be dangerous for years – of even decades.

One of the recent drugs that entered the market for the treatment of gout is Uloric. Doctors were excited when Uloric hit the market. Up until recently, there were very few drugs out there to help treat and relieve the symptoms of gout.

Gout is a form of arthritis that involves sudden attacks of severe pain and swelling. It causes your joints to get red and tender. It is extremely painful and there aren’t a whole lot of medications that help people with gout.

Now, it appears that perhaps this new medication is more dangerous than anyone thought. If you or your loved one have been injured by Uloric, you should contact a mass tort lawyer right away.

What is Uloric and How Does it Work?

Gout affects about 8 million people in the United States. Up until recently, the only drug that helped people suffering from gout was allopurinol. The pain and swelling of the joints are believed to be caused by a build-up of uric acid in the blood.

Uloric actually decreases the amount of uric acid in your blood. This helps relieve the symptoms of gout and give patients a brief respite. The problem is, Uloric also creates a risk of death when compared to other Gout medications.

The FDA recently became aware that Uloric increases the number of heart-related deaths in patients. They said that the drug can be very dangerous. This is why they decided to put a boxed label on Uloric – this is the highest safety and label warning issued by the FDA.

The FDA also required the drug to be accompanied by a new medication guide. And, they have limited appropriate use to certain patients who haven’t been effectively treated by allopurinol or can’t take the drug due to its side effects.

It’s unclear just how many people have died as a result of taking Uloric. The drug is known to have caused many heart-related deaths. It’s also believed to have caused other types of deaths. Researchers are not sure yet just how extensive the damage caused by Uloric may be.

The company that makes the drug, Takeda Pharmacies, has been warned by the FDA that they must advertise the side effects and dangerous effects of Uloric. They’ve also been warned that they can only market the drug to the limited number of patients who don’t respond to other medications used to treat Gout.

The drug was approved in 2009. It was the first medication of its kind to be created in well over 40 years. It was aggressively marketed by Takeda and has been prescribed to over 1.3 million patients in the last two years.

Will the Manufacturer Be Sued?

We expect to see Takeda Pharmacies, as well as their distributors, be named in litigation in the near future. The FDA’s decision to require strict warning labels is just the beginning. Given the dangerous injuries and deaths caused by Uloric, it wouldn’t be surprising to see it taken off the market entirely.

For patients suffering from Gout, they may be tempted to try anything that will relieve their symptoms. Gout is very painful. There are very few drugs that help people suffering from Gout. But, as desperate as a patient may be for some sort of relief, it’s important to research any medication before you take it.

If your loved one was injured by Uloric and you think they may have died as a result, you need help. Contact a mass tort lawyer at Dalimonte Reub, LLP immediately and schedule your free consultation. An experienced mass tort attorney will fight to get your and your family the compensation you deserve.