Currently, the team at Dalimonte Rueb Stoller is handling Washington DC 3M earplug lawsuits for on-duty personnel and veterans have suffered some type of hearing damage when they were wearing the earplugs. Additionally, if you have ever used earplugs from 3M, while in the US military from 2015, all the way back to 2003, you could get some type of compensation because of the faulty Version 2 3M earplugs.

3M is a company that is based in Minnesota and has provided the US military with earplugs that are specially designed. They are usually for combat purposes, protecting the soldiers and their hearing while they are in combat or on the field. The earplugs are able to block out noise, such as very loud blasting sounds, as well as deafening noises that will be blocked easily. The earplugs were also designed to allow them to hear people around them.

Although this sounds good, 3M did not notify the United States government about defective aspects of these earplugs. Many of the users lost part of their hearing or completely lost their hearing, serving for the military. Our class action attorneys in Washington DC believe that both active-duty personnel and veterans should be given some type of compensation for this.

Have 3M Earplugs Been Proven to Cause Hearing Damage?

There are military personnel that were in Iraq and Afghanistan, in high conflict areas, where they were using the earplugs during these dates. Because of this, they developed tinnitus, partial hearing loss, and also full hearing loss as well. The ability to hear others, and not hear explosions, is what these 3M earplugs were designed to do. Aearo Tech is the company that originally designed these earplugs, and they were acquired by 3M in 2008.

It took 10 years for someone to step forward to warn about the flaws in the earplug design. There were investigations, and subsequently, over $9 million was paid out by 3M to the federal government because of these allegations. This was done so they could cover up what 3M supplied, yet they were fully aware of the problems. On a lighter note, none of these earplugs are still in use today.

Who Is Eligible To File A Lawsuit Against 3M For Their Faulty Earplugs?

The first step to doing this involves visiting a medical professional that can diagnose you with tinnitus. Additionally, being discharged from the military, or the US Department of Veterans Affairs considering your hearing loss and impairment, is another place to begin. Serving between 2003, all the way up to 2015, is also necessary to be part of this lawsuit. Active personnel and veterans in Washington DC can be compensated if they fit these three criteria.

How Did These Earplugs Cause Hearing Issues?

The specific earplugs are dual-ended in design and are called Combat Arms Earplugs. They were made by 3M between the years of 2003, extending 12 years into the future, exposing people that used them to this design failure. If used during this time, complete or partial hearing loss could have occurred.

One of the things that soldiers did mention is that the earplugs were very short and would not fit properly in their ears. This meant the earplugs would not properly dampen external noises, and because of this, damage to the inner ear was possible.

Soldiers did report that the 3M earplugs were very short. It is because of this they did not fit properly. They were essentially loose, and it is because of this design, that people developed hearing loss. The hearing issues could range from ringing in your ears to permanent hearing loss, as well as problems with balance that would last for many years. 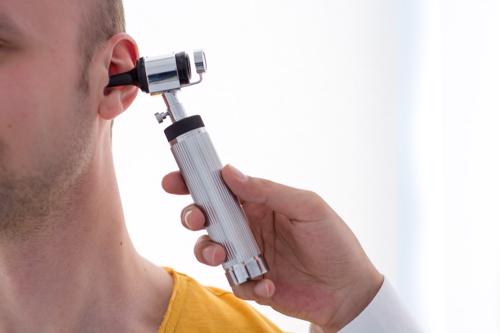 False claims were made by 3M about these earplugs and they made everyone think that they had produced a sufficient product. Soldiers that used these earplugs thought they would be protected. However, this high level of protection simply did not occur.

What Is Tinnitus Or Military Hearing Loss?

Members of the US government reported hearing loss. Many also suffered from tinnitus which will cause ringing, buzzing, or hissing sounds inside of your ears. When this began, it was difficult to hear people that were just 3 feet away.

The US Department of Veterans Affairs believes that nearly 3 million veterans with tinnitus are receiving disability money, as well as providing money to those that suffered other forms of hearing loss because of their service. Tinnitus can be quite common with many people that may not have used the 3M earplugs.

When Were Lawsuits First Filed Against 3M For Their Defective Earplugs?

In 2016, there was a distribution business that worked for 3M that initially presented their concerns to the government. This led to a qui tam suit being filed. It simply states that 3M was deceptive and incorrectly made the earplugs. Additionally, no disclosure of the flaws with the earplugs was ever mentioned.

In 2018, there was an agreement where the Justice Department actually settled with 3M and received just over $9 million.

Service members were allowed to obtain compensation, but only through their own legal action. It was in 2009 that hundreds of lawsuits were filed against 3M because of the earplugs that caused the damage.

Discuss Your Washington DC 3M Earplug Lawsuit With Our Attorneys

Unfortunately, the lawsuit that went against 3M compensated, not servicemembers, but only the government itself. Those that used the earplugs who were in the US military between 2003 and 2015 that were found to have hearing loss could receive some type of compensation.

If you’re currently considering the possibility that you developed hearing damage because of these earplugs, you should contact a mass tort law firm in Washington DC. In fact, our liability lawyers are well equipped to handle this type of lawsuit. You should contact the Dalimonte Rueb Stoller law firm to find out more about what options are available to you.