Women that have received a cancer diagnosis after undergoing a myomectomy or hysterectomy that involved using a laparoscopic power morcellator (LPM) need to consider hiring a lawyer to help them file a morcellator cancer lawsuit. If you or a loved one has received a cancer diagnosis where LPM might have been involved, you should get in touch with the certified class action lawyers at Dalimonte Rueb Stoller for your Free Consultation.

The FDA estimates that about 1 in 350 women that undergo either myomectomy or hysterectomy surgery for presumed fibroids usually have a uterine sarcoma, which is often unsuspected and difficult to diagnose the type of uterine cancer.

Over 2 dozen patients have filed a power morcellator lawsuit, which alleged that the morcellator was responsible for spreading the previously contained and undetected uterine cancer to other parts of their bodies after undergoing a power morcellator myomectomy or hysterectomy. The lawsuits were filed in federal courts throughout the country and have been consolidated before a single judge in Kansas City, Kansas.

California is the state where the power morcellator claims are being filed and there has been a petition filed to form a Judicial Council Coordinated Proceedings (JCCP) whereby the state claims will be consolidated before a single California judge.

What is a Power Morcellator?

It is a medical instrument that’s used in different types of minimally invasive (laparoscopic) surgeries, such as a myomectomy or hysterectomy. The actual device, which is also known as an electric morcellator is powered electronically and uses a blade that’s rapidly spinning to break up large masses of tissue into small fragments. In fact, the term ‘morcellation’ refers to the division of tissue into smaller fragments. The small tissue pieces are subsequently vacuumed out of the body.

What is a Power Morcellator Used For?

A power morcellator is used by surgeons and gynecologists for making minimally invasive incisions of less than 2 cm to remove fibroids and other types of tissue. The use of smaller points of entry ensures that significant cuts through the muscles of the stomach are avoided. The smaller incisions also allow patients to heal much faster with less post-operation pain as well as fewer complications with the wound.

What is Vaginal Morcellation?

Vaginal morcellation is where the uterine or uterus fibroid tissue is carefully put into a protective bag before cutting thus preventing the spread of any cancerous tissue. This is in contrast to using a power morcellator that can allow for the spread of cancer cells in the abdominal cavity. 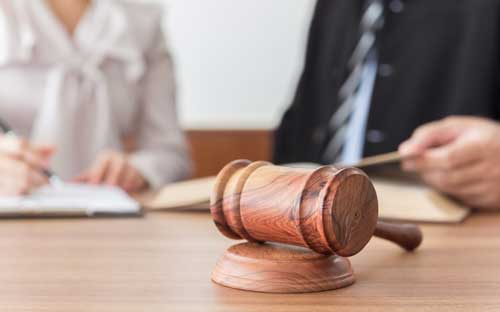 What Are Uterine Fibroids?

The uterine fibroids are also referred to as leiomyoma and are noncancerous growths, which develop from the muscular tissue of the uterus. Most women do develop uterine fibroids, at some point, although there are usually never any symptoms in most cases.

Fibroids, however, may occasionally cause symptoms such as prolonged or heavy menstrual bleeding, frequent urination, or even pelvic pain or pressure. If such symptoms are experienced, surgical or medical therapy is usually suggested.

It is one of the commonest forms of cancer among women, falling behind breast, lung, and colorectal cancers. The FDA estimates that up to 95 percent of uterine cancer cases occur in the inner lining of the uterus, which is known as the endometrium.

Endometrium cancer can be treated with 5-year survival rates being over 80 percent according to the most recently available data. Tumors occurring on the sarcomas, which is the outer muscular lining, tend to be far more aggressive.

Certain medications have also been associated with a higher risk of developing uterine cancer. They include the medication used in hormone replacement therapy as well as those used in the treatment of breast cancer.

What are the Symptoms of Uterine Cancer

Prior to undergoing a power morcellation procedure, a woman could be having Stage 1 uterine cancer that’s still undetected. This is primarily the reason why power morcellators are viewed as being incredibly dangerous.

The power morcellator shreds the fibroids, which has an unfortunate consequence of spreading the undetected cancer cells thus potentially allowing cancer to grow in other areas of the body. The procedure, in essence, seeds cancer thus making it metastasize thus growing from Stage I to Stage IV within a relatively short period of time.

A tumor is considered Stage IV if it has spread to the rectum, lymph nodes, bladder, or distant organs. Treatment options are narrowed once a tumor reaches Stage IV. If you have experienced any of the symptoms below after undergoing a power morcellator procedure, you should speak with your doctor within the shortest time possible:

It is an incredibly rare and aggressive form of cancer. Leiomyosarcoma is a malignant tumor that develops from smooth muscle tissue cells that comprise the body’s involuntary muscles. The involuntary muscles, which are those we don’t move consciously with our brains, are found in the intestines, stomach, liver, uterus, skin, as well as the walls of all blood vessels.

Uterine leiomyosarcoma (ULMS), for the most part, occurs in women aged between 40 and 60 years and accounts for about 1 percent of all people diagnosed with uterine cancer. Leiomyosarcoma tumors tend to be very metastatic i.e. can spread easily to other parts of the body from where cancer originated.

In about 80 percent of women that see a recurrence, it metastasizes to other areas of the body and referred to as metastatic leiomyosarcoma, which is classified as Stage III or Stage IV, which is most commonly to the liver, lungs, or ovaries.

What Are the 2 Types of Power Morcellators?

Laparoscopic power morcellators are the type that’s most commonly used. They make a small incision in the abdomen and tissue is first shredded before removal. The FDA claims that laparoscopic power procedures can quickly spread cancerous tissue to the abdomen as well as the pelvic cavity.

Hysteroscopic morcellators have built-in tissue traps, which is something not present in laparoscopic power morcellators. When surgeons use this technique to shred tissue, it is collected in a pouch for testing. Hysteroscopic devices that are mechanical as opposed to electric haven’t been linked to a higher risk of uterine sarcoma cancer.

Has the FDA Commented on Laparoscopic Power Morcellators?

A safety communication was issued by the Food and Drug Administration (FDA) on April 17th, 2014 discouraging people from using laparoscopic power morcellators to remove both uterine and uterus fibroids, refer to risk for the spread of unsuspected cancerous tissue.

At a meeting on October 11th, 2014, the FDA”s Obstetrics and Gynecology Devices Advisory Committee further discussed the risk posed by power morcellators. The FDA released a comprehensive report at the meeting. The report revealed the alarming statistic that 1 in 350 women that have a myomectomy or hysterectomy procedure, using the power morcellator, are likely to be diagnosed with a form of uterine cancer.

The FDA then issued a boxed warning on November 24th, 2014. A boxed warning, which is usually referred to as a “black box” warning is the most serious type of warning that can be given by the FDA.

The FDA has warned that uterine tissue might contain unsuspected cancer. Using laparoscopic power morcellators in fibroid removal surgery can spread cancer and reduce the long-term survival of patients.

If you have been diagnosed with uterine sarcoma cancer or another type of cancer after undergoing either a myomectomy or hysterectomy and a power morcellator was used in your surgery, it can be a good idea to contact an experienced morcellator attorney within the shortest time possible. Discuss your case with a leading mass tort attorney at Dalimonte Rueb Stoller today. The consultation won’t cost you anything.