Exactech Knee, Hip, & Ankle Systems Recalled
In February of 2022, Exactech issued another recall, following a major recall in August of 2021. Ankle, hip, and knee replacement systems were found to fail due to a packaging defect, causing pain and suffering for patients with the devices implanted. If you have been harmed by this product, call us today at (833) 44-DRLAW to see if you have a case.
Breaking News
Johnson & Johnson Baby Powder
Johnson & Johnson Discontinues Sale of Talc-Based Baby Powder. Johnson & Johnson has been the subject of over 19,000 lawsuits regarding its talcum powder
Zantac Announcement​
Zantac to be removed from the market immediately
On April 1, the FDA formally requested all ranitidine (Zantac) products be removed from the market immediately. If you or your family have developed cancer or suffered a wrongful death after taking Zantac, call our office at (833) 44-DRLAW
Camp Lejeune Water Contamination Lawsuit
Between the early 1950s and late 1980s, water contamination at this base camp may have exposed thousands of people to serious health risks for decades. Service members and their families who lived on the base were unknowingly drinking contaminated water, and using it to bathe, cook, and wash their clothes, call our office at (833) 44-DRLAW

Dedicated to the Principle
that Justice Belongs to Everyone

Dedicated to the Principle
that Justice Belongs to Everyone

Get Your Free Consultation

The mass tort and class action attorneys at Dalimonte Rueb Stoller hold leadership positions in multiple Plaintiff Steering Committees. We are on the front lines fighting in court, gathering facts, and interviewing expert witnesses to maximize our clients case values. 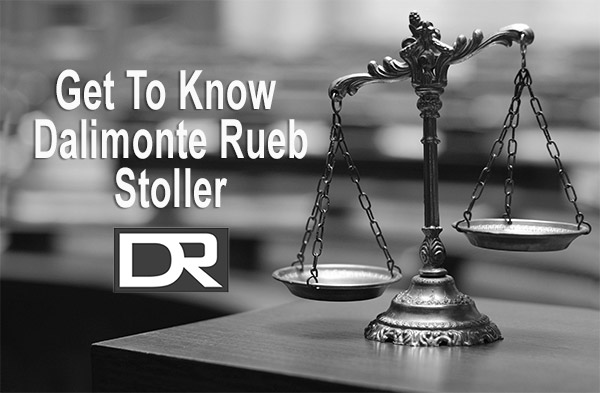 John A. Dalimonte, Esq, Gregory D. Rueb, Esq, and Paul Stoller, Esq. have been successfully practicing law for over fifty combined years between them, having represented tens of thousands of clients across the country in matters just like yours. Their vast experience across the legal landscape, their technical knowledge of complex legal issues, and a lifetime of relationships position them for maximum results. 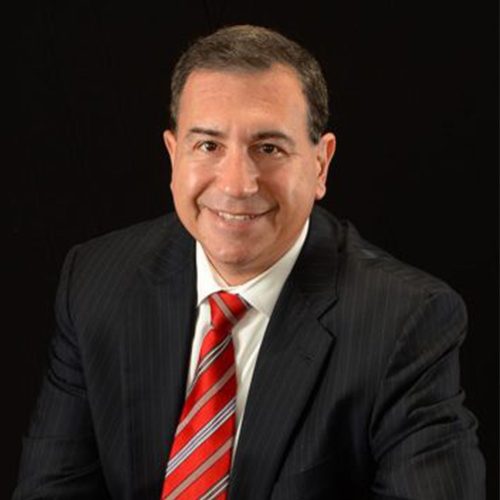 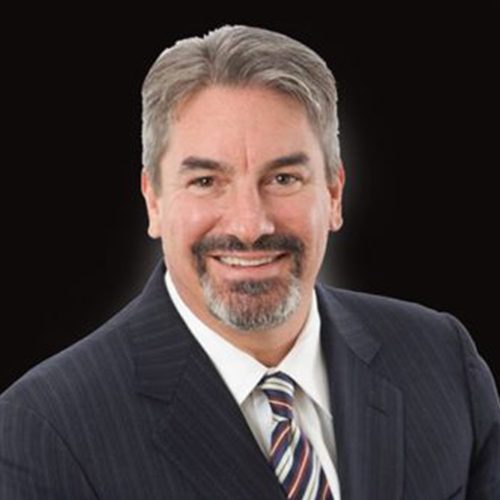 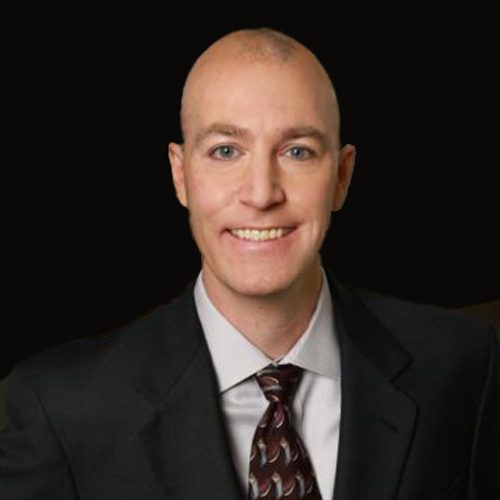 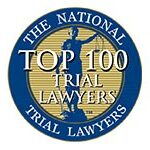 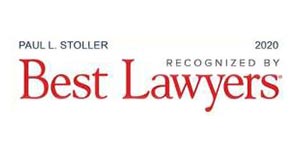 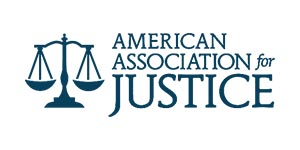 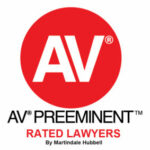 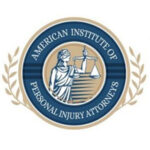 Serving Clients All Over The U.S.

Our class action lawyers provide everyone with a risk-free case evaluation to get the answers they seek about their case.

NO FEES
Unless We Win

Our law firm believes that if we didn’t win your case, we don’t deserve compensation, no matter what!

We have attorneys and staff available to you at all times, because we know that your pursuit of justice can’t wait.

Fighting for Your Rights

Let us fight for your right to financial compensation

Whether you have been injured by a bad drug or medical device, it is important that you and your family get the expert legal counsel you deserve. Dalimonte Rueb Stoller, LLP is one of the leading mass tort & class action law firms in America, with the results to back it up. We put the power of our relationships, experience, and technical knowledge of the law to work for you.

The entire Dalimonte Rueb Stoller legal team is ready to fight for you, just as we have done for thousands of clients over the course of our careers. There is never a fee unless we win, so you can be rest assured that we are on your side.

Professional firm committed to their clients.
Karen SalterAttorney
VERY professional and reliable firm.
Paul Lockie
Dalimonte Rueb Stoller did an amazing job with my case. They kept me informed throughout the process and earned me a settlement I never thought possible!
James HallClient
Previous
Next

What is a Mass Tort?

A mass tort is a civil lawsuit that normally has multiple plaintiffs that are suing one or a couple of corporations as the defendants. A mass tort can be brought in federal or state court.

This type of action is referred to as a mass tort by the courts partly due to there being multiple litigants, but also due to the fact that mass media is used by the plaintiffs’ mass tort attorney to discover more individuals who the corporation has hurt.

In order for a lawsuit to be considered a mass tort, a product must have harmed numerous people, those people were harmed by the same defendant, and their suit is consolidated into a single action instead of everyone having a separate lawsuit.

What is the Difference Between a Class Action and a Mass Tort?

The main difference between class actions and mass torts is how a large number of plaintiffs are treated. With a class action, a lawsuit gets filed on an entire group of people behalf who have suffered similar harm due to the actions of the defendant. That means all of the plaintiffs who are part of the class action get treated as a single plaintiff.

The defendant gets sued by the lead plaintiff on behalf of the whole class. In a mass tort, each of the group’s plaintiffs is treated as individuals. That means that certain facts must be established for each plaintiff, including how the defendant’s action harmed the person.

Usually, the number of plaintiffs is smaller in a mass tort compared to a class action. That is because mass torts have distinct groups of people with similar injuries living in the same geographic location.

Mass torts are also broader and can involve different kinds of injuries that were the result of a defendant or several different corporate defendants’ actions or inactions. Some common mass tort examples include lawsuits against manufacturers of defective products or defective drugs.

How Does A Mass Tort Differ From Other Types Of Lawsuits?

Three major factors set apart mass torts from other types of personal injury lawsuits. The first one is there are numerous claims that are made against one product or device. Second, although there are many different plaintiffs, from one plaintiff to the next, the underlying facts are the same or very similar. Finally, the various claims that are part of a mass tort mutually rely on one another – with each claim being a building block in the case.

Technological advances, especially in distribution and production, are one of the major reasons why the legal arena needs to have mass torts. Due to large distribution and production, many people may be affected by one product. There are many different areas of law that are involved in mass tort litigation, but the two that are the most common include:

Pharmaceutical Claims – Products are often released by pharmaceutical companies without the proper testing being conducted or even knowing whether or not there are any serious side effects. They may be medical devices, over the counter medicines or prescribed drugs.

Product Claims – Whenever a product does not work the way consumers expect or is dangerous, individuals who are injured by the dangerous device can sue the company through filing a product claim.

How Are Mass Tort Lawsuits Started?

The plaintiffs’ attorneys need to ask permission from the court in order for a mass tort action filed. To determine whether or not permission will be given by the court, the following needs to be considered by the judge:

If the court determines that the case before them is a mass tort, then the case will quickly be assigned by the judge and might order the lawyers to publicize the lawsuit in the event that there are other people who the product has harmed and who would like to add their names to the lawsuit.

What Process is Followed in a Mass Tort Case?

Tort cases may be resolved in various ways. In some cases, a class action will be formed by the plaintiffs, which is a specific kind of mass tort claim. Class actions involve numerous individuals who have not only been harmed by the same products but suffer a similar kind of loss or injury as well. Whenever people join together for a class action, the “lead plaintiffs” are the only ones who ever go to court.

There are just a limited number of people who are given a say in the settlement that is accepted or the way that the damage money will be distributed among all of the action’s parties. Although class actions are something that most people are aware of, it isn’t necessarily the best course of action for individual victims or dangerous products or defective drugs to receive full compensation for their losses.

Another kind of mass tort that may give more autonomy to individual plaintiffs over their cases and make it possible for individuals to obtain more compensation is multi-district litigation (MDL). In this type of litigation, a lawyer is able to investigate numerous cases as well as represent numerous plaintiffs who were wrongs in a similar way.

A court can make determinations on certain procedural issues and motions just one time, rather than having to hear the same arguments in different cases over and over again. However, the plaintiffs can keep more control over their claim and each of the victims who have been harmed and filed a lawsuit will receive a damage award or settlement offer that is appropriate for that person’s specific injuries.

What are the Advantages and Disadvantages of Mass Tort Lawsuits?

Mass tort litigation can be cost-effective and efficient whenever a large group of people is organized. Usually, most of the litigation is handled by the attorneys, and a smaller role is played by the plaintiffs. Also, it is easier for a court to be able to see the effects that have been caused by a defective product whenever plaintiffs have similar proof.

Mass tort cases still can be very challenging, despite these advantages, since many courts are not properly equipped to handle large numbers of litigants. Corporations might claim they are unable to fairly defend themselves against the numerous claims.

These lawsuits heavily rely on having an experienced and qualified lawyer. A mass tort attorney who fails to get many the many people who are part of the group organized can ruin the cases, and cause the settlement to be unfairly allocated.

How Much Do Attorney Fees Tend to be in Mass Tort Cases?

Like a majority of personal injury lawyers, we charge a contingency fee to represent a client as part of a mass tort action.

Contingency fees are only paid if compensation is recovered for the client. That means you – as well as other plaintiffs who are part of a mass tort – will not pay any attorney fees until and unless your case is either won at trial or settled.

Typically, the final legal fees are calculated according to an agreed-upon percentage of your total award. Paying your attorney based on a contingency fee makes it possible for you to pursue fair compensation without needing to pay any legal fees upfront or assume any other type of financial risk. 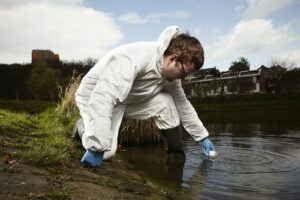 The objective of any mass tort litigation is winning damages to compensate the victim. But doing so is much more complicated than simply adding up dollar amounts. Whether you settle your case or it goes to trial, you only get one chance to get the damages right. This is where having skilled legal representation will 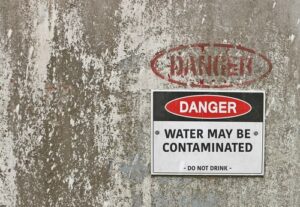 The long-awaited PACT Act was passed by Congress on August 2. It gives relief to millions of veterans who were exposed to toxic burn pits. Rolled into this law was the Camp LeJeune Justice Act. That law, which was introduced initially as separate legislation, helps veterans who were sickened by contaminated water at Camp LeJeune. 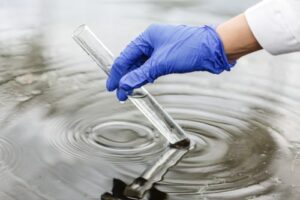 If you were present at Camp Lejeune from the 1950s through 1980s, you may have been exposed to contaminated water. Anyone who developed diseases or ailments related to this water could soon have a personal injury claim. Legislation is pending that could open the door to a significant amount of mass tort litigation. But how

THERE IS NO FEE
UNLESS YOU ARE COMPENSATED