Inferior vena cava filters (or IVC) are medical implants that are used by doctors in patients who are undergoing surgery. IVC filters have been designed to prevent fatal embolisms and blood clots during surgery. They were viewed as potential lifesavers when they first became available. Unfortunately, in some patients, they caused injuries, which resulted in people filing IVC filter lawsuits with assistance from a San Diego mass tort attorney at Dalimonte Rueb Stoller.

IVC filters work by metal filters trapping blood clots and holding them in place until they have been dissolved. This is how pulmonary embolisms and clotting are prevented.

It was intended for IVC filters to be temporary. It was never meant for them to stay inside the body for extended time periods. After the threat of embolism or blood clot has dissipated, the implant should be taken out. However, they are not always removed by all surgeons as quickly as they should be.

What Complications are Experienced by Patients With IVC Filters?.

About ten years ago, numerous complaints regarding IVC filters started to be received by the FDA. Some of those complaints included the following:

The FDA issued a notice to physicians telling them that the filters had issues with them. Also, they advised Bard to make those risks known to consumers. However, Bard made the decision not to do that.

The following are some of the main complications that IVC filters cause:

There were complaints from patients who had IVC filters of having complications and pain. After not getting any resolution from their doctors or Bard, they made the decision to get in touch with mass tort lawyers. With so many plaintiffs involved, IVC filters cases have been filed in the form of class-action lawsuits. Mass tort attorneys across the country have handled these cases. 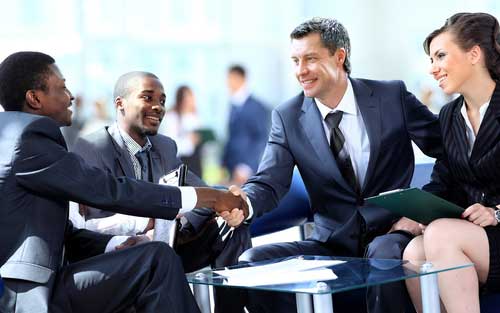 Why Were The IVC Filters Lawsuits Filed To Begin With?

In 2015 the first plaintiff filed an IVC Filter lawsuit. It was a person who had been given an implant prior to having surgery. Tragically, the person had to have a second open-heart surgery procedure in order for the damage to be repaired that the IVC filter had caused. The plaintiff had such a strong case that it was settled in under ten days.

Some of the other problems caused by IVC filters other than reparative surgery include the following:

If you were injured as a result of a defective IVC filter, contact a mass tort attorney in San Diego. An experienced lawyer will work diligently to help you obtain the compensation that you deserve and need.

What Damages May Be Demanded By Mass Tort Lawyers In San Diego?

Depending on how severe your injuries are, you can file a suit for the following kinds of damages:

Sometimes pain and suffering can make up more or as much of a jury away than all of the rest combined. Judges and juries are often sympathetic to plaintiffs who have suffered a great deal of suffering caused by their injuries. When it comes to a defective IVC filter, there are can be a lot of pain involved. For example, a patient could go to the hospital to have a basic surgical procedure performed and end up having a defective filter. The patient might end up needing to have open-heart surgery in order to repair the damage that the filter has caused. It can be more painful and risky than what the original surgery caused.

If you have a defective IVC filter, then there is a good chance that you have missed a lot of time off from work. You might be out for weeks or even months. A mass tort attorney can submit evidence to show how much income and time away from work you have lost.

You could have a very high number of medical bills accumulating due to a defective IVC filter. You might need a second surgery performed to repair the damage that has been caused by your filter. You might have experienced a severe infection that requires expensive medications and hospitalization. You also have the right to be reimbursed for these expenses.

If either you or a family member was injured due to a defective IVC Filter and want to file an IVC filter lawsuit in San Diego, call a mass tort firm. Your case will be reviewed by your attorney and tell you whether or not your case can quality for a mass tort claim.

Numerous IVC Filter cases already have been filed. There are some cases that have been settled while others are still pending. There are two factors that these cases are based on the damage that is caused by the actual defective filters and the fact that Bard made the decision to not warn their customers. Failing to warn consumers is as important in these cases as the damage that is caused by the IVC filters.

Call and get a free consultation scheduled today with an experienced IVC Filter Attorney at Dalimonte Rueb Stoller. You can meet with a skilled and experienced lawyer to discuss your attorney. The lawyer can tell you whether or not you have a valid claim that can be brought against the manufacturer and give you a good idea of what your case might be worth.

Your initial consultation will be free and you will not need to pay any time until your case is settled. The manufacturer will have a team of attorneys working for them, so you should as well!