Plaintiffs who have been chronically exposed to paraquat over the years are at a high risk of developing Parkinson’s disease and other conditions associated with the paraquat. Farmers, agricultural laborers, and individuals living near large industrial farms are most at risk for exposure.

Such individuals are now filing Texas Paraquat lawsuit to receive financial compensation for exposure. Such compensation can go a long way in covering medical costs and lost income.

If you or a loved one have been exposed to paraquat, you may be eligible to file a Texas paraquat lawsuit to receive compensation. Our Paraquat lawyers can help evaluate your case and help you with the filing process to ensure you receive the compensation you deserve.

Reach out to Dalimonte Rueb Stoller today for a free paraquat case review and find out if you are eligible to receive compensation in a Texas paraquat lawsuit.

Paraquat, also known as Methyl Viologen, is a highly toxic chemical that is widely used as a weed killer all over the world. It entered the US market and was first used for commercial purposes in 1961. In the US, paraquat is classified as “restricted commercial use,” and only licensed people are allowed to use it.

This herbicide comes in the form of a liquid and is active against most plant species, hence used as a burndown before planting and also before harvesting legume crops. However, paraquat can be abused particularly through non-licensed use, which could expose many people to the toxic chemical.

Paraquat poisoning goes beyond the US, and is particularly high in parts of Asia, South and Central America, and the Pacific Islands. In fact, this weed killer has been banned in 32 countries across the world, including China, Brazil, and the EU.

What Side Effects and Injuries Does Paraquat Cause?

Paraquat poisoning, though not very common in the US, is a fast process that can result in quick symptoms. Ingestion or inhalation of paraquat can lead to a wide range of effects, depending on the amounts involved. Some common symptoms of mild exposure to paraquat include muscle weakness, respiratory failure, seizures, elevated heart rate, and coma.

Ingestion or inhalation of paraquat in large amounts could have detrimental effects. Some of these include liver and kidney failure, lung scarring, respiratory failure, and pulmonary edema. While these may be rare occurrences in the US, the most common effects being experienced by individuals are those that result from long-term exposure of this herbicide.

Particularly, people who have long-consumed foods produced using paraquat or exposed to paraquat vapors for a long time have been found to develop conditions like:

In 2011, the National Institute of Health (NIH) conducted the Farming and Movement Evaluation (FAME) study to verify claims that paraquat exposure led to increased risk of developing Parkinson’s disease.

Through another project that involved more than 80,000 farmers, agricultural workers and their spouses, researchers established that 115 individuals had developed Parkinson’s disease. 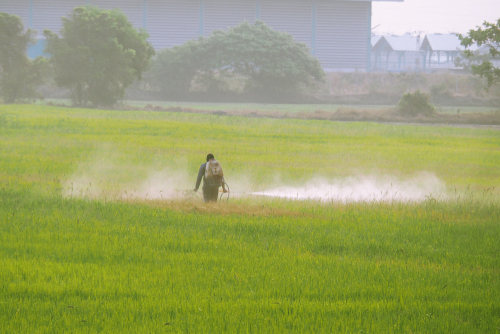 What Do We Know About the Lawsuits Regarding Paraquat?

The number of lawsuits regarding paraquat in state and federal courts is growing by the day. Currently, the decision by the Judicial Panel on Multidistrict litigation to consolidate all paraquat cases into a multi-district litigation (MDL) is still pending.

If the decision is made, all paraquat cases will be consolidated into an MDL. It is important to note that these are not class actions as each lawsuit remains separate. The MDL will help expedite the litigation process, as all cases will temporarily be joined in a federal court action.

Afterward, the MDL judge will allow a few of those cases to go to trial, and the result of these trials will dictate settlement negotiations for the other cases.

Most lawsuits state that paraquat manufacturers failed to warn the public of a possible association with Parkinson’s disease as well as the defective design in their product. In February 2021, James Hemker filed a lawsuit against Syngenta and Chevron, who are the manufacturers of paraquat.

In his lawsuit, the complainant claims that there were no warnings that exposure to paraquat could result in neurological damage.

Hemker helped his father and brother farm soybeans, alfalfa, corn, and wheat in the 1960s and was exposed to the herbicide until late 1970s or 80. In the lawsuit, the complainant claims that he was chronically exposed to, ingested and inhaled paraquat while mixing, loading, and spraying the herbicide in the fields.

Hemker was diagnosed with Parkinson’s disease in 2008.

If you have been exposed to paraquat and have been diagnosed with Parkinson’s disease, it is important that you start the process of filing a lawsuit by seeking the assistance of a lawyer.

How Can Your Lawyers Help?

Mass tort lawsuits are intricate due to the various terms and regulations that come with the process. An experienced mass tort lawyer will ensure that you provide all the required information when filing your Texas paraquat lawsuit for the best possible outcome.

What Is the Process of Filing a Mass Tort or Class Action?

When filing a mass tort claim or class action Texas paraquat lawsuit, there are several processes you’ll need to go through with your attorney. After receiving medical help, your lawyer will review documents and other vital information, including:

Your lawyer will need to review this information to find out whether you have a strong case. In a mass tort Texas Paraquat lawsuit, it is crucial that your lawyer identifies injury consistencies. That means, your eligibility to a mass tort will depend on whether you have the same illness or injury as other plaintiffs in the lawsuit.

Once such consistencies are established, your lawyer will help you file your federal lawsuit. Filing the Texas Paraquat lawsuit involves providing specific details on why you are filing your lawsuit, as well as the damages you’re hoping to recover due to your illness. Such damages include medical costs and pain and suffering.

What Type of Damages Can I Receive if the Case Wins?

These are awarded to the plaintiff for actual monetary losses suffered due to the illness or injury. These damages are those whose monetary value can be easily calculated, and often include:

Plaintiffs can also file a claim to receive general damages, which are generally non-economic. These are damages awarded to the plaintiff for other losses, other actual monetary losses. They include:

In some mass tort lawsuits, a judge may establish that a manufacturer’s defective design or failure to inform the public of the dangers associated with a product amounted to gross negligence. Such manufacturers may be ordered to pay punitive damages for concealing information from the public.

These damages are meant to punish the defendant and prevent them from taking similar actions in the future.

Is There a Time Limit to Filing My Claim?

Time limits are governed by a statute of limitations, which is a law that puts a deadline on a civil complaint. If you’re looking to file or join a mass tort claim, the filing deadline will be based on various factors, including:

Texas does not have a specific statute of limitation for mass tort claims, but you’ll need to adhere to the deadline that applies to the type of case you want to file. Paraquat claims fall under personal injury claims, and plaintiffs have 2 years to file their claim in Texas.

It is important that you adhere to these time limits to avoid losing your right to seek compensation with your Texas paraquat lawsuit. 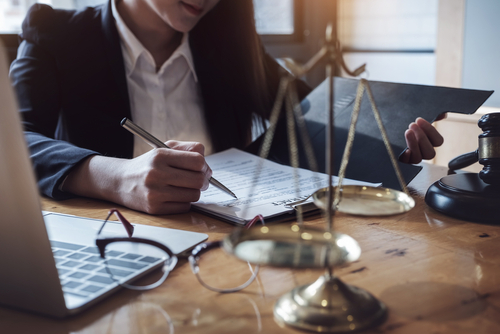 Call Our Mass Tort Lawyers for Help with Your Texas Paraquat Lawsuit Today!

Chronic exposure to paraquat, a toxic weed killer used in the US, has been associated with the development of Parkinson’s disease. Individuals are already filing Texas Paraquat lawsuits to seek compensation for this illness and other damages.

If you or a loved one has developed Parkinson’s disease or other effects of paraquat, you could be eligible to file a mass tort Texas paraquat lawsuit. Get in touch with us at Dalimonte Rueb Stoller for a case review to ensure that you file your claim in time.